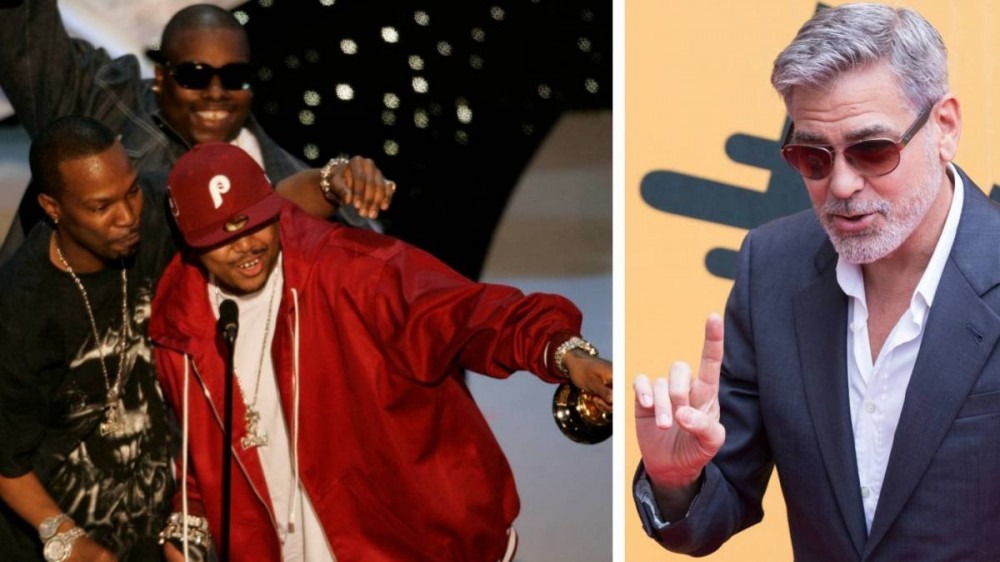 Hip Hop collective Three 6 Mafia enjoyed a legendary career long before Memphis rap stars such as Young Dolph, Yo Gotti and Pooh Shiesty even professionally picked up a microphone.

Arguably the group’s career zenith came courtesy of their 2006 Academy Award for Best Original Song after they co-wrote the tune “It’s Hard Out Here for a Pimp” from Terrence Howard and Ludacris’ film Hustle & Flow.

The honor gave the vet rappers the distinction of being the first Hip Hop group to ever win an Oscar and second song outside of Eminem’s 8 Mile classic, “Lose Yourself.”

With Oscar Season in full bloom as the 93rd Academy Awards, presented by the Academy of Motion Picture Arts and Sciences, will be held on Sunday (April 25), DJ Paul disclosed why acting legend George Clooney got a shout-out during their magical podium moment on March 5, 2006.

Commenting on HipHopDX’s share + question combo regarding his fellow Academy Award winner, DJ Paul wrote, “Cause he’s my favorite actor & i got my tattoos cause of the character he played on #dusktilldawn but the kicker was when i had the Oscar luncheon with him & we sat at the same table.   “He showed hella love and gave me great advice #mafia.”

George Clooney notoriously played a badass with spiraling flame tattoos in Quentin Tarantino’s 1995 vampire slasher flick From Dusk Till Dawn. The movie was so popular, Netflix developed a TV series in 2014.

Revisit DJ Paul’s glorious Oscar moment below, as well both versions of the record that made history possible for Three 6 Mafia.

Why did DJ Paul thank George Clooney when Three 6 Mafia won an Oscar for Hustle & Flow??? 😩