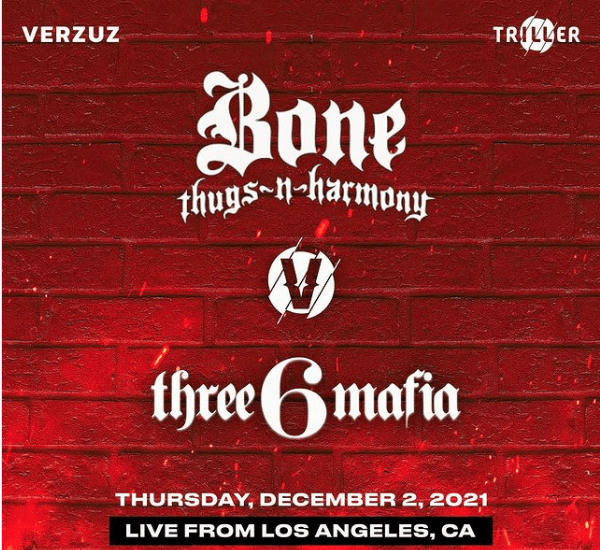 According to a post from the battle brand’s verified IG page, two of the biggest Hip Hop groups of all time will face off in a Verzuz this upcoming December.

Yesterday Verzuz announced that Cleveland-based quartet Bone Thugs-N-Harmony will go song for song in a Verzuz battle against the Oscar Award-winning Three 6 Mafia. The battle is set for December 2 in Los Angeles, settling a long-term dispute over who would win in a battle between these legendary Hip Hop powerhouses over a year ago when Verzuz battles first began.