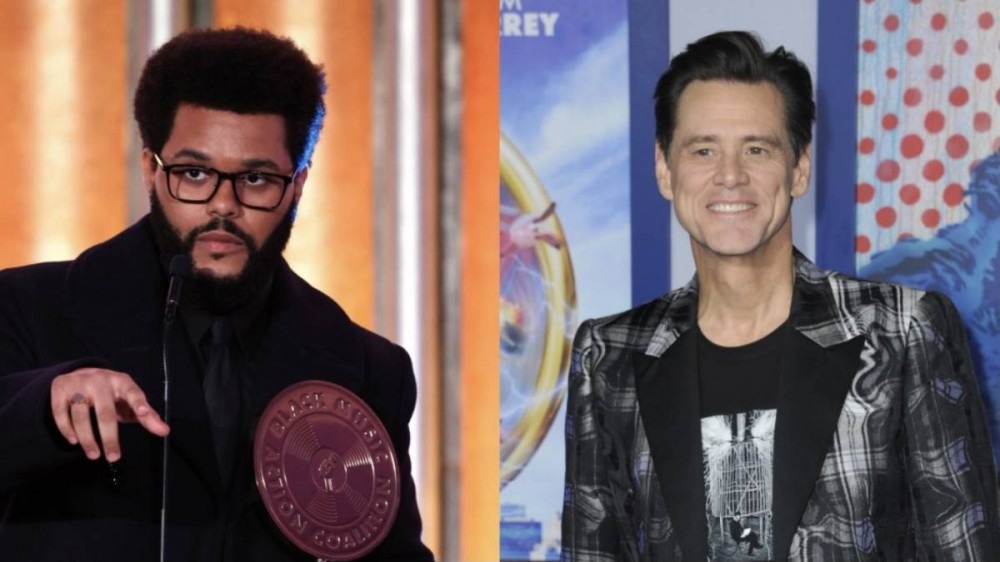 The Weeknd officially announced his fifth studio album Dawn FM on Monday (January 3), and fans are buzzing with excitement for what’s to come from the Toronto crooner. The XO crooner also revealed the guest features that’ll be joining him on the album, and one of those has provided more insight into the project.

Actor and comedian Jim Carrey was one of the most surprising names on the guest list, which also includes Lil Wayne, Tyler, The Creator, Quincy Jones and electronic music producer Oneohtrix Point Never, with fans wondering what his contributions are. On Monday (January 3), Carrey took to Twitter to speak about his inclusion on Dawn FM and shed some light on the album.

“I listened to Dawn FM with my good friend Abel @theweeknd last night,” Carrey tweeted. “It was deep and elegant and it danced me around the room. I’m thrilled to play a part in his symphony. ;^•”

I listened to Dawn FM with my good friend Abel @theweeknd last night. It was deep and elegant and it danced me around the room. I’m thrilled to play a part in his symphony. ;^• https://t.co/FV2LoKLYVX

The Weeknd saw Carrey’s comment and thanked the actor with a tweet of his own saying, “Thank you for being a part of this. It’s kismet. Full circle.”

Thank you for being a part of this. It’s kismet. Full circle 🥲 https://t.co/elXzYAkpYH

The Weeknd and Jim Carrey have a pretty interesting friendship that is built on their mutual love of telescopes. As he told GQ in September, the “Blinding Lights” singer was celebrating his 30th birthday when Carrey surprised him by taking him out to breakfast.

“He lived literally like two buildings down from me,” The Weeknd said. “He had a telescope, and I had a telescope. He was like, ‘Where do you live? What floor do you live on?’ I was like, Blah, blah, blah. And we looked out the windows on our telescopes and we could see each other.”

Although his tweet doesn’t reveal much, Jim Carrey has fans even more amped for what’s to come on Dawn FM. Over the last several months, The Weeknd has been dropping hints regarding the album, including the possible first single “Take My Breath” he unleashed in August.

The teasers culminated with the official Dawn FM announcement on Monday, which had a video trailer that caused fans to lose their minds on social media. The clip promised “a new sonic universe from the mind of The Weeknd,” with a release date of January 7 stamped at the end of the trailer.