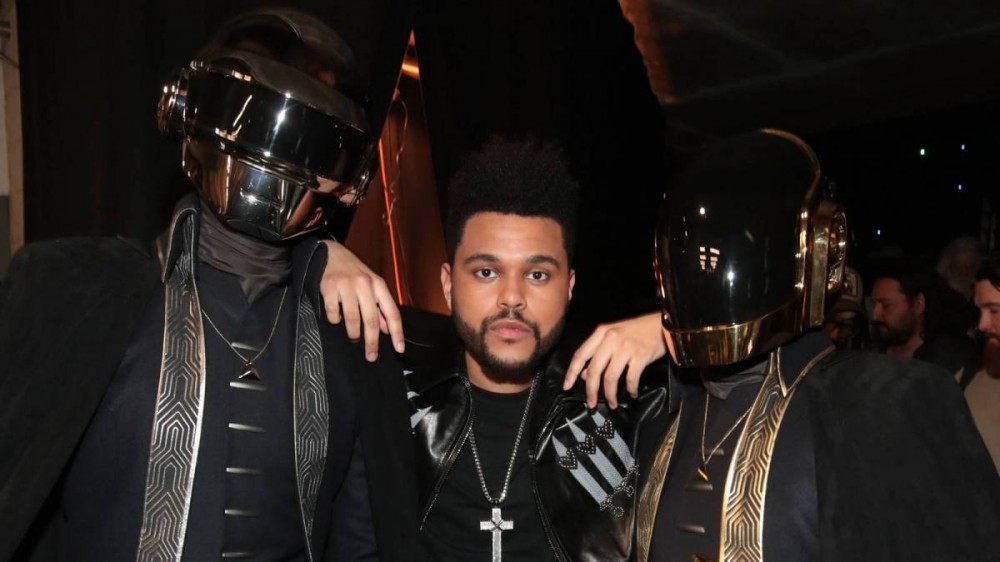 French duo Daft Punk has built a reputation on their mysterious personas and stadium-sized electronic anthems. With albums such as 1997’s Homework, 2001’s Discovery and 2013’s Random Access Memories, the Parisian masterminds behind Daft Punk — Guy-Manuel de Homem-Christo and Thomas Bangalter — evolved into one of the most influential dance groups in history.

So it’s unsurprising one of Canada’s most successful exports The Weeknd came knocking on their door in 2016. Together, they released the singles “I Feel It Coming” and “Starboy,” the latter of which not only became Daft Punk’s first and only No. 1 Billboard Hot 100 hit but also The Weeknd’s third.

On Monday (February 22), Daft Punk announced their breakup using an excerpt from their 2006 film Electroma in which Homem-Christo and Bangalter, wearing their signature gold and silver helmets, are seen walking into a desert oblivion.

The Weeknd credits Daft Punk for inspiring him to make music. During an April 2020 interview with Variety, the Canadian crooner talked about their impact and how they stood apart from other influential groups.

“Oh my God — that’s different,” he said. “Those guys are one of the reasons I make music, so I can’t even compare them to other people. Their branding and how seriously they take their craft and image and everything — they’re almost not even real. But seriously, they’re very strategic, they’re very smart, and they don’t attach themselves to anything they feel isn’t right.”

The Super Bowl LV halftime show star— who performed a snippet of the song during the performance — admitted he took their lead when it came to getting in the studio.

“Working with Daft Punk was like, ‘Whatever you guys want!,’” he said. “I just wanted to get into the studio with them — I didn’t even care if we made music, I just wanted to be friends. I met Guy-Man first, out partying in L.A., and I actually partied with him more than I worked with him. He’d would tell me, with loud music playing over drinks, how much he liked my work.”

The YouTube video for “Starboy” has reached over one billion views since its release. The song didn’t just top the chart in the United States either — it also reached No. 1 in Canada, Denmark, France, New Zealand, Norway, Mexico and Sweden. After debuting at No. 40 in America, the song made the biggest jump into the Hot 100’s Top 5 since Taylor Swift’s “Bad Blood” leapt from No. 53 to the top spot in June 2015.

Daft Punk’s longtime representative Kathryn Frazier of Biz3 confirmed their split in an Instagram post, writing in part, “It’s been the honor and joy of my career and life to have been on this Daft Punk journey. Beyond being genius innovators Guyman and Thomas are so generous, lovely and professional. They’ve impacted not just my career but my life in profound ways.”