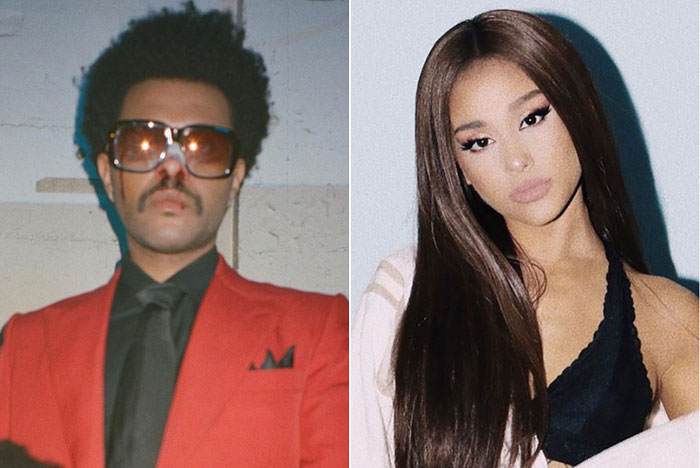 No tears left to cry.

After teasing the song earlier in the week, The Weeknd teams up with Ariana Grande on the official remix to his latest hit “Save Your Tears.” The pop princess adds her angelic vocals to the After Hours track, which is currently No. 5 on the Billboard Hot 100.

Along with the song, the dynamic duo gets animated in the official video, directed by Jack Brown.

Over one year after the album’s release, the After Hours era is still going strong. The Weeknd will embark on his “After Hours Tour” next year after it was delayed by the pandemic. The 104-date global trek kicks off Jan. 14 in Vancouver, with stops in Chicago, Toronto, Dallas, Los Angeles, Miami, and New York before heading to Europe.

Abel and Ariana are no stranger to collaborations, having worked together on songs including “off the table” and “Love Me Harder,” which reached No. 7 on the Hot 100.

Next up, The Weeknd is set to join Doja Cat on “You Right,” the “steamy” second single off her upcoming album Planet Her.