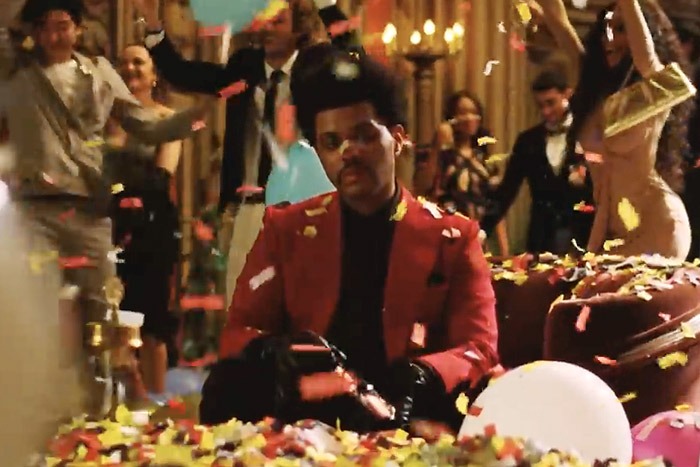 The Weeknd debuts the fifth installment in his After Hours video series for “Until I Bleed Out.” After being beheaded in the bloody video for “In Your Eyes,” the XO crooner returns with all his body parts in tact.

The dizzying clip opens with a delirious Abel at a lavish party in the same red blazer with bandaged nose. As the room spins and confetti and balloons rain down on him, he catches the eye of a young lady before falling to the floor. He eventually crawls his way out and into the snowy night before passing out.

The Weeknd recently released a deluxe edition of the album with three bonus tracks along with a six-track remix EP including the “Heartless (Vapor Wave Remix)” featuring Lil Uzi Vert.