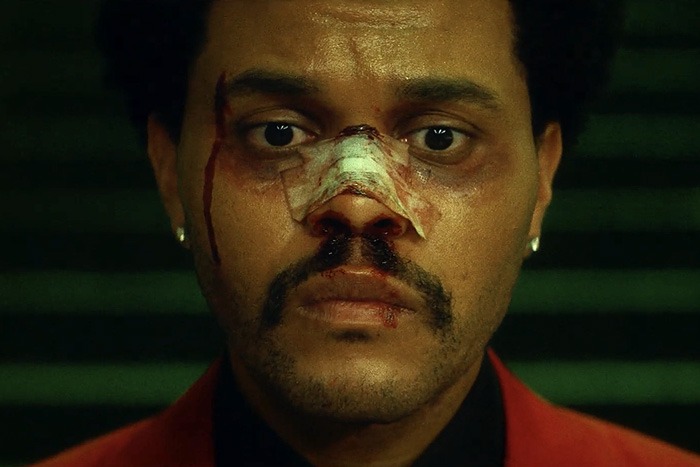 As he gears up to release his new album After Hours on March 20, The Weeknd debuts a short film for the title track.

The five-minute clip, directed by Anton Tammi, opens with the XO crooner on set of “Jimmy Kimmel Live!” Following his performance of “Blinding Lights,” he heads backstage with his bloodied bandaged nose and red blazer before roaming the desolate streets of Los Angeles at night as delirium sets in. He hallucinates as he walks through the subway, accompanied by the track’s instrumental. In the final scene, he rides an elevator with a couple before the doors close and screams are heard as the screen fades to red.

On June 11, The Weeknd will kick off his “After Hours Tour.” The 62-date global trek will travel to the U.S., Canada, U.K., Belgium, Netherlands, Germany, and France with support from Sabrina Claudio and Don Toliver in the U.S. and 88GLAM and Claudio in Europe. Additional shows have been added in London, Los Angeles, Toronto, and Miami.

After Hours, the follow-up to 2016’s Starboy, has already spawned the Hot 100 chart-topper “Heartless” and “Blinding Lights,” which became The Weeknd’s 7th No. 1 on Billboard’s Hot R&B Songs chart, the most for any artist. On Saturday, he will return to “SNL” as musical guest.

Watch the “After Hours” video below.