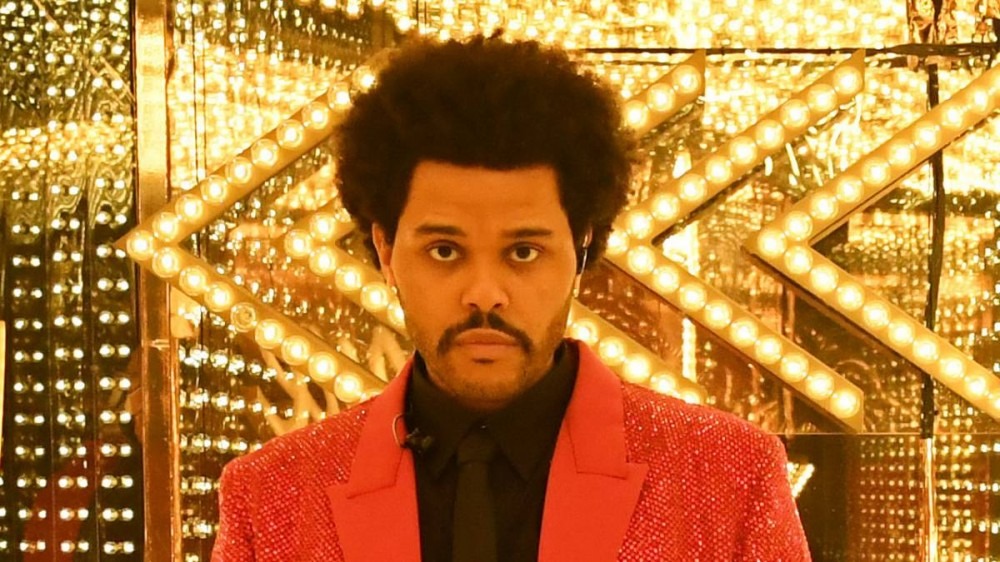 Los Angeles, CA – The Weeknd and actress Angelina Jolie were captured in paparazzi photos for a second time on Saturday (September 25). For this round, the two superstars were again photographed at high-end Italian restaurant Giorgio Baldi in Los Angeles donning matching all-black outfits and face masks.

According to The Daily Mail, the couple arrived separately but left together, instantly sparking dating rumors. The Weeknd (real name Abel Tesfaye) and the 46-year-old Jolie — who has six children with former husband Brad Pitt — met up at the same eatery in July.

But an insider told Us Weekly, it was strictly business.

“Angelina and The Weeknd had a business meeting,” the source said. “It had to do with their HBO shows. They got along great, but there is nothing romantic happening between the two of them.”

One week after The Weeknd and Jolie’s first outing, they were both spotted at an “intimate” Mustafa the Poet concert but reportedly didn’t attend the show together. Even so, Twitter went wild with the idea of them dating.

The Weekend and Angelina Jolie became trending Twitter topics again on Monday (September 27) as speculation over their relationship status continued.

The Weeknd was previously linked to singer/actress Selena Gomez for 10 months in 2017. From 2015 to 2019, he was in an on-again, off-again relationship with model Bella Hadid. As for Jolie, her divorce from Pitt was finalized in 2019.