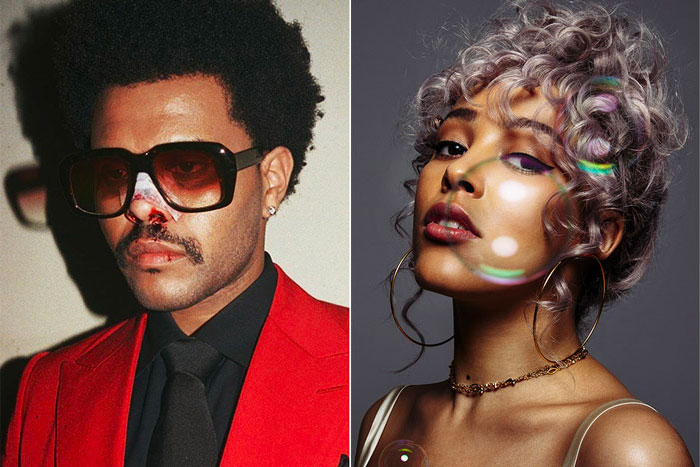 Hot off her chart-topping hit with Nicki Minaj, Doja Cat may have another big collaboration in the works.

The “Say So” hitmaker hinted that she and The Weeknd have a song together. On Tuesday, she teased the potential pairing by conducting a Twitter poll, asking fans to guess which artist she has collaborated with.

“Which one of these artists have I collaborated with and will be releasing the song to very soon?” Doja asked her 1.5 million followers.

Which one of these artists have I collaborated with and will be releasing the song to very soon?

The four choices were Gumby, Stuart Little, The Weeknd, and Pissy tits. Her fans immediately started speculating that it was The Weeknd since the others are not real artists. The After Hours crooner was winning the poll with over 55 percent of the vote.

She didn’t offer more details, but just days earlier, Doja hinted at big things to come. “I’m so excited. I’m gonna be working on some things,” she told fans. “I can’t really specify, but as far as songs and videos, you guys have been asking for a couple things and I am just here to guarantee you. All of those things are coming.”

Just fillin you guys in on some exciting new news! pic.twitter.com/9fP28CeFTc

The collaboration wouldn’t be too far-fetched as Doja and The Weeknd share the same management, Maverick.

Meanwhile, Doja continues to dominate the charts with her Hot Pink hit “Say So” and its remix featuring Nicki Minaj. After hitting No. 1 on the Billboard Hot 100, the song was dethroned by Ariana Grande and Justin Bieber’s “Stuck With U.”

UPDATE: It looks like Doja will appear on a remix to The Weeknd’s “In Your Eyes.”