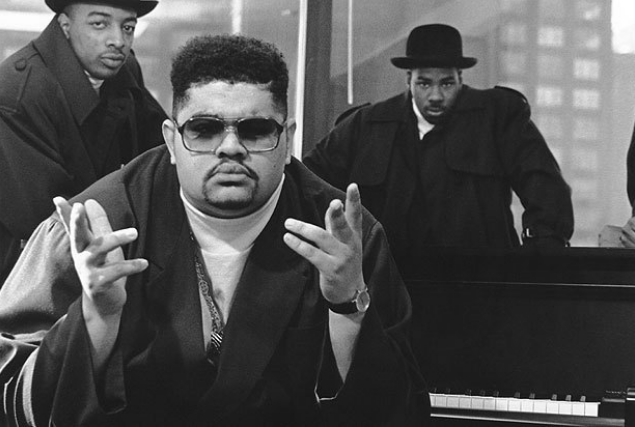 On this day in Hip Hop history, “The Overweight Lover” Heavy D passed away in Los Angeles, California. If he were alive today, he’d be 54 years old.

Heavy D, born Dwight Errington Myers in Jamaica, moved to Mount Vernon, New York in the late 1970s. In the mid-1980s Heavy D along with DJ Eddie F and dancers T-Roy and G-Wiz signed to Uptown Records and began their journey to fame and adoration as Heavy D & The Boyz. The group’s debut Living Large released in 1987 and was a marginal success selling 300,000 copies.

The group began to rise in popularity, helping Heavy D to become pop sensation. The success of the group’s second and third albums, Big Tyme and Peaceful Journey, brought Heavy D the opportunity to collaborate with artists like Janet Jackson, Michael Jackson, B.B. King and more. Through the start of the 1990s, Heavy D began making more and more appearances in music videos and on TV and in films.

In the mid-1990s Heavy D became the first rapper to run a record label when he became president of Uptown Records. Prior to becoming president, Heavy D was instrumental in the hiring of Sean Combs as an intern. He also convinced Andre Harrel to sign Jodeci. As president, Heavy D worked with and developed boy band Soul for Real and was the executive producer and principal writer for majority of their debut album. His success as an executive led to him becoming senior vice president of Universal Music.

Heavy D passed away on November 8, 2011 from complications caused by a blood clot in his leg. His final performance at the 2011 BET Hip Hop Awards was his first televised performance in 15 years. Heavy D’s legacy will live on forever in the work that he created and the mark that he left on the Hip Hop industry as a whole.