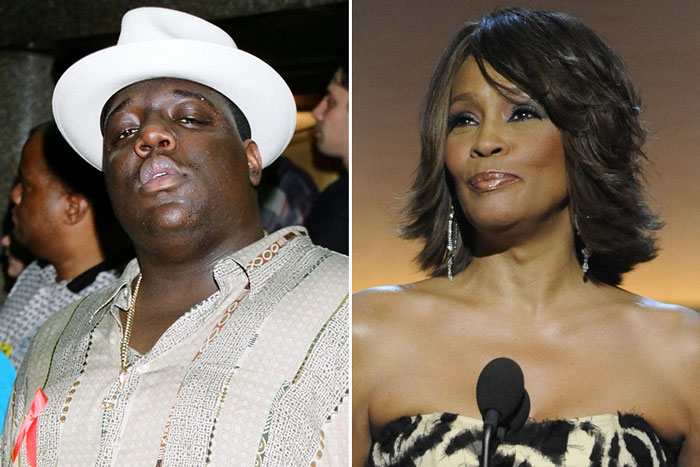 The Notorious B.I.G. and Whitney Houston are headed into the Rock & Roll Hall of Fame.

The late icons are among the 2020 inductees, which also include Depeche Mode, The Doobie Brothers, Nine Inch Nails, and T.Rex. Additionally, managers Jon Landau and Irving Azoff will be presented with the Ahmet Ertegun Award, which honors influential songwriters, producers, DJs, record executives, and other industry professionals.

This marks the first time that The Notorious B.I.G. and Houston have appeared on the ballot. To be eligible, each nominee’s first single or album had to have been released in 1994 or earlier. Houston released 11 No. 1 hits throughout her career, including “I Will Always Love You,” while Biggie’s “Hypnotize” and “Mo Money Mo Problems” both reached No. 1 in 1997.

Biggie, who received a nomination in his first year of eligibility, becomes the second solo rapper to join the Rock Hall after Tupac Shakur, who was posthumously inducted in 2017.

The 35th Annual Rock & Roll Hall of Fame Induction Ceremony will be held May 2 at Cleveland’s Public Auditorium and will broadcast live for the first time on HBO at 8 p.m. ET. Performances and special guests will be announced later.