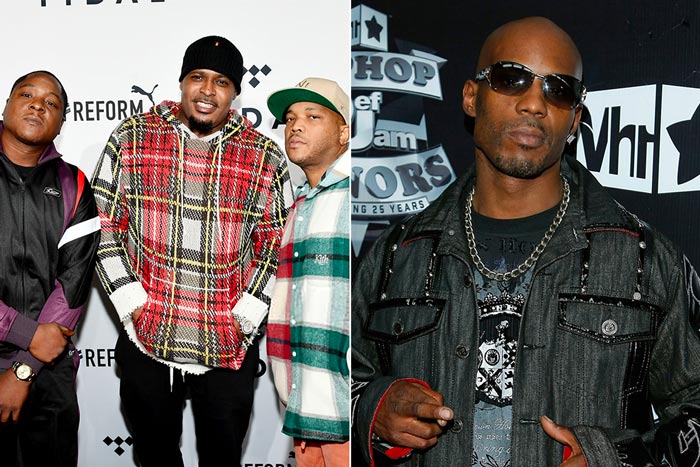 The LOX links up with DMX for an explosive collaboration.

Jadakiss, Sheek Louch, and Styles P reunite with the iconic Yonkers rapper on their gritty new single “Bout Shit” off their first album in four years, Living Off Xperience. On the Scram Jones-produced track, the rap veterans exchange raw and unapologetic bars over the growling beat.

“Ni**as talk about battle but they ain’t battle dog,” raps X. “My rap sheet is longer than ni**as’ catalogues / F**k you battle for, you know you ain’t winning / X been the grim reaper since the beginning.”

On his spitfire verse, Jada reflects on The LOX’s legacy: “We shed light on a city with a dark cloud / We brought Diddy through, even brought the Rs out.”

“Bout Shit” is the third release following “Loyalty and Love” and “Gave It to Em” off Living Off Xperience, which arrives Aug. 28. The 14-track album also features collaborations with T-Pain, Jeremih, Westside Gunn, Benny the Butcher, and more.