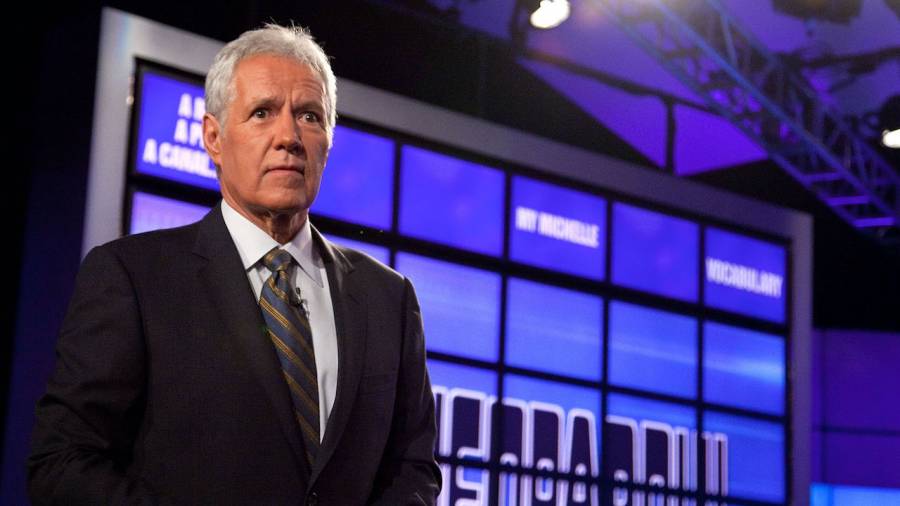 Legendary Jeopardy! host Alex Trebek passed away on Sunday (November 8) at the age of 80. Trebek had been battling pancreatic cancer for roughly two years and was surrounded by family at the time of his death.

During Trebek’s 36 years as the host of Jeopardy!, the game show legend famously utilized Hip Hop for questions, routinely bringing up big names and using them for clues. Occasionally, it would lead to hilarious moments from contestants and, in Trebek’s case, kept his wordplay sharp.

Hip Hop made its debut on the show in 1988 with a question in the Fat Music category. The answer? The Fat Boys. The first time Hip Hop was an entire category? 1992. Needless to say, Trebek has found a way to give props to the culture long before he went viral for it.

Below are a few of Trebek’s most Hip Hop-friendly moments.

Susan managed to not only land on Jeopardy!, but she also helped introduce Trebek into the world of nerdcore. Susan told him it was for people “who identify as nerdy, rapping about the things they love — video games, science fiction, having a hard time meeting romantic partners,” to which Trebek replied, “Losers.”

Trebek had a few categories situated specifically for Hip Hop. In a clip, Business Insider had him read the lyrics to Migos’ 2014 hit “Bad & Boujee”as well as DJ Khaled, JAY-Z and Future’s “I Got The Keys.”

After the release of the RTJ2 song “Jeopardy,” Run The Jewels wanted Trebek to appear on the track’s sequel before RTJ4 was released in June 2020. Sadly, RTJ couldn’t make the moment happen.

On Sunday, El-P explained how badly he wanted Trebek to take part.

“True story: when we were originally crafting ‘a few words for the firing squad’ off RTJ4 we were going to make it a sequel to ‘jeopardy’ from RTJ2 and call it ‘final jeopardy,’” El-P wrote. “We reached out to Alex Trebek’s people and tried to get him on the jam but couldn’t make it happen.”

Instead, RTJ created “…a few words” in its place.

true story: when we were originally crafting “a few words for the firing squad” off RTJ4 we were going to make it a sequel to “jeopardy” from RTJ2 and call it “final jeopardy”. we reached out to alex trebeks people and tried to get him on the jam but couldn’t make it happen.

During the Battle of the Decades edition of the show, Trebek brought Hip Hop fans a little ’90s nostalgia with help from the Beastie Boys, Rock and Roll Hall of Famer The Notorious B.I.G., Cypress Hill and more. Naturally, the greatest Jeopardy player of all-time, Ken Jennings, crushed the category.

When the “It’s A Rap” category came up in a January 2014 episode, even more legends such as Dr. Dre and Public Enemy had their lyrics read aloud, much to Trebek’s delight.

In 2014, Trebek went viral after he rapped Drake and Future’s “Jumpman” for a clue in the adult version of the game. However, everything went nuclear after he rattled off numerous hits for the College Edition of Jeopardy!

And … there was one contestant who confused Lil Wayne for Kanye West.

Not Keeping It Gangsta

Sometimes it pays to pronounce things correctly. During a 2018 episode of the show, contestant Nick Spicher answered a question regarding Coolio’s 1995 hit, “Gangsta’s Paradise.” However, he pronounced it “Gangster’s Paradise” and after judges conferred together, he was deemed incorrect and was deducted $3,200 from his total score.

Over the course of his nearly four-decade career as host of Jeopardy!, Trebek elated several rappers just by including them as answers on the show — from Ice-T and Megan Thee Stallion to Nipsey Hussle and the Dungeon Family. The world will miss the Canadian-born game show host and his love for Hip Hop.