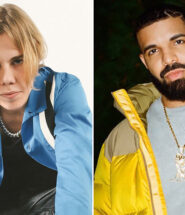 The Kid LAROI takes a shot at Drake’s “Shot for Me.”

While his star continues to explode, the 17-year-old Aussie rap sensation shows off his vocal range on a piano-driven cover of the Take Care track, which was released as part of his inaugural Spotify Singles recordings.

Side A of his Spotify Singles includes a stripped-down version of his platinum-certified hit “Without You” off his debut mixtape, F*ck Love (Savage).

The Kid LAROI continues to make a name for himself. He can also be heard on “Unstable” off Justin Bieber’s new album Justice.