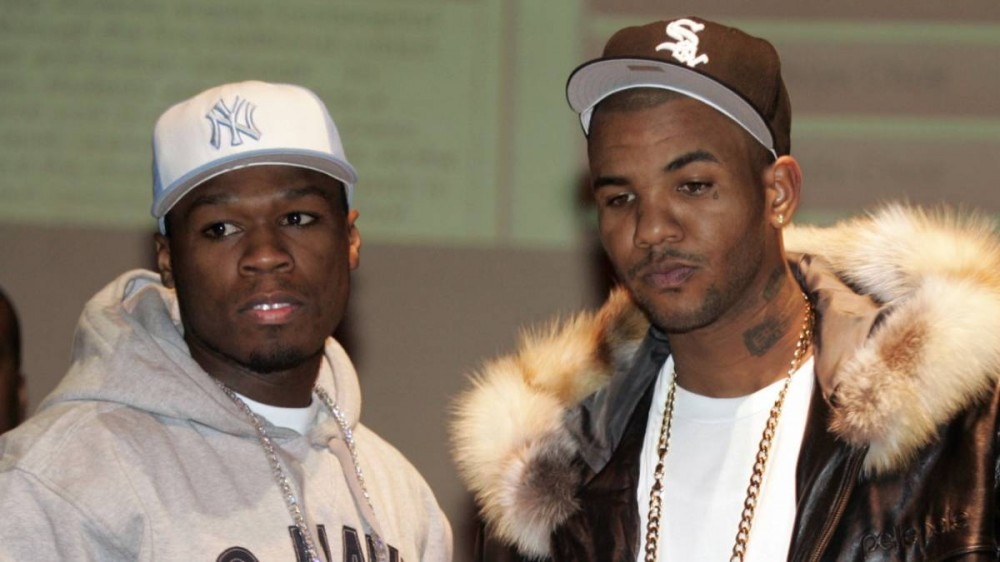 50 Cent became a megastar after his debut album Get Rich Or Die Tryin’ was unleashed in February 2003. The album debuted at No. 1, selling 872,000 copies in its first week and has since been certified 9x platinum. However, there seems to be a bit of drama regarding the project courtesy of longtime nemesis The Game.

During a recent Clubhouse session with Wack 100, the Compton rapper addressed 50’s well-documented claims that he wrote a good portion of his debut album, 2005’s The Documentary. The Game clarified 50 only wrote “what you heard him say on the record” and didn’t help him write his own bars, before Wack dropped a bombshell about one of Get Rich or Die Tryin’‘s opening songs.

“I’m going to speak on something [The Game] don’t ever speak on,” Wack said before reciting the hook from “What Up Gangsta.” “‘What up, cuz? What up, blood? What up, gangsta?’ Who you think wrote that? I’m going to leave it alone.”

The Game didn’t explicitly confirm Wack 100’s claim, but he did go onto talk about the uncredited work he did during his time on 50 Cent‘s G-Unit Records and Dr. Dre‘s Aftermath, alluding to further ghostwriting contributions to “the G-Unit albums.”

“All the shit that I assisted my pen with on Aftermath, from Dr. Dre records to being in there on the G-Unit albums and being in there at the middle or tail-end of Get Rich Or Die Tryin’, I ain’t never said, ‘I wrote this certain song,’” Game added.

“I don’t give a fuck about that, my n-gga. If it’s about writing shit and staying on point with your pen, it’s been 20 years, my n-gga. And it’s certain n-ggas back then that I was rapping with, G-Unit. N-gga, I’m here right now with a song on the top of the Billboard.”

The Game has been having a busy week when it comes to controversial statements. In a recent clip from his upcoming appearance on N.O.R.E. and DJ EFN’s Drinks Champs, the “Eazy” rapper claimed Kanye West has helped his career more than Dr. Dre.

“It’s crazy that Ye did more for me in the last two weeks than [Dr.] Dre did for me my whole career,” he stated. The Game’s full Drink Champs interview premieres on Thursday (March 3) at 10 p.m. ET on REVOLT.

Revisit 50 Cent’s “What Up Gangsta” — allegedly co-written by The Game — below.