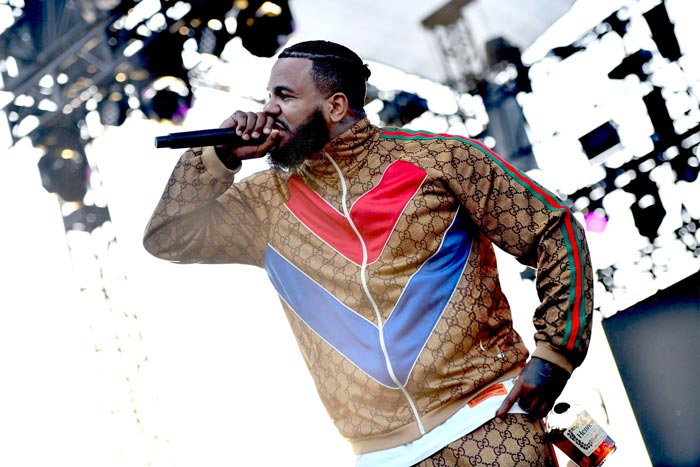 The Game is back with the bars.

The Compton rapper connects with New York’s own DJ Kayslay for their lethal collaboration, “72 Bar Assassin.” Over the menacing beat, Game unleashes a series of brash and unapologetic rhymes.

Later, he shouts out his former G-Unit members Young Buck and Lloyd Banks (“Can’t see me now, couldn’t see me with Young Buck and ’em / Shout out to Lloyd Banks, album go hard, ni**a”) and pledges his loyalty to G-Unit (“You supposed to do your squad like Yo Gotti do ’em / Therefore it’s still the Unit long as I can still move ’em”).

Game is set to perform at the Once Upon A Time in L.A. festival at L.A.’s Banc of California Stadium on Dec. 18. The star-studded lineup also includes 50 Cent, Snoop Dogg, Ice Cube, YG, and Bone Thugs N-Harmony.

“72 Bar Assassin” is set to appear on DJ Kayslay’s new album Accolades, which drops Friday. The Game is reportedly readying a project of his own called 30 for 30.

🌴Once Upon A Time In LA🌴

Register now for the presale that starts Friday June 25 10AM PT. All Tickets starting at $19.99 down. https://t.co/J7GpbOcJqE pic.twitter.com/4oKT1JlXxS