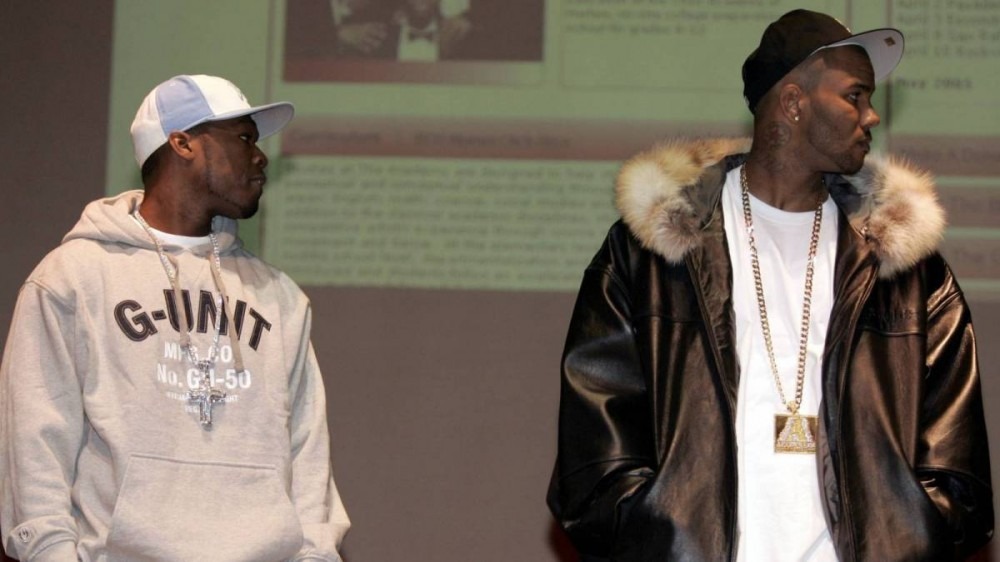 The Game raised a few eyebrows when he told N.O.R.E. and DJ EFN that Kanye West did more for him in two weeks than Dr. Dre did ever did during a recent episode of Drink Champs. After all, it was Dr. Dre who signed him to Aftermath Entertainment and helped propel the Compton-bred rapper to stardom with his 2005 debut, The Documentary.

50 Cent, who has a long history with Game and contributed to the Grammy Award-nominated hit “Hate It Or Love It,” was among the many who questioned Game’s comments. On Friday (March 4), the television mogul shared a screenshot about Game’s comments about Dr. Dre to his Twitter account and added a pair of eyeball emojis with the caption, “Hun, what happen here?”

Game hopped in the comment section and wrote, “Last time you did this with me, G-Unit clothing got put in a casket with the entire group & you went into television. I like Power n shit … leave it alone. I’m back outside!”

G-Unit Clothing was founded in 2003 when 50 Cent — who’d just released his monster first album Get Rich Or Die Tryin’ — joined forces with Ecko Unltd. founder Marc Ecko. After seeing monumental success, the brand ultimately ended its partnership with Ecko in 2008 and began being sold exclusively online as in 2019.

But shortly after 50 Cent’s surprise appearance at Super Bowl LVI, the brand was given new life. On March 1, he tweeted G-Unit Clothing was selling new items.

Meanwhile, The Game was removed from G-Unit in 2005 and has been beefing with 50 Cent on-and-off ever since. In 2005, while filming the video for “Hate It Or Love It,” 50 Cent allegedly refused to sit next to Game in the car, instead opting for the back. Later that year, Fiddy publicly dismissed The Game from G Unit live during a radio interview with Hot 97, saying “he’s gone.” He added Game should stop saying “G-Unit” while saying, “He thinks he’s doing me a favor when he says that.”

The Game then showed up to the radio station and attempted to get into the building. A scuffle broke out and shots were fired, prompting 50 Cent and the rest of G-Unit to run out the back. Although there was a brief reconciliation, it was fleeting. After being kicked out of G-Unit for a second time, Game dropped the diss “300 Bars And Runnin,” which began a back-and-forth consisting of hundreds of jabs at each other.

The Game and 50 Cent’s relationship took centerstage earlier this week when Wack 100 claimed Game wrote the hook for 50 Cent’s “What Up Gangsta” single. But veteran producer Sha Money XL refuted the claim, saying it was “all [cap emojis] all lies all for attention.”