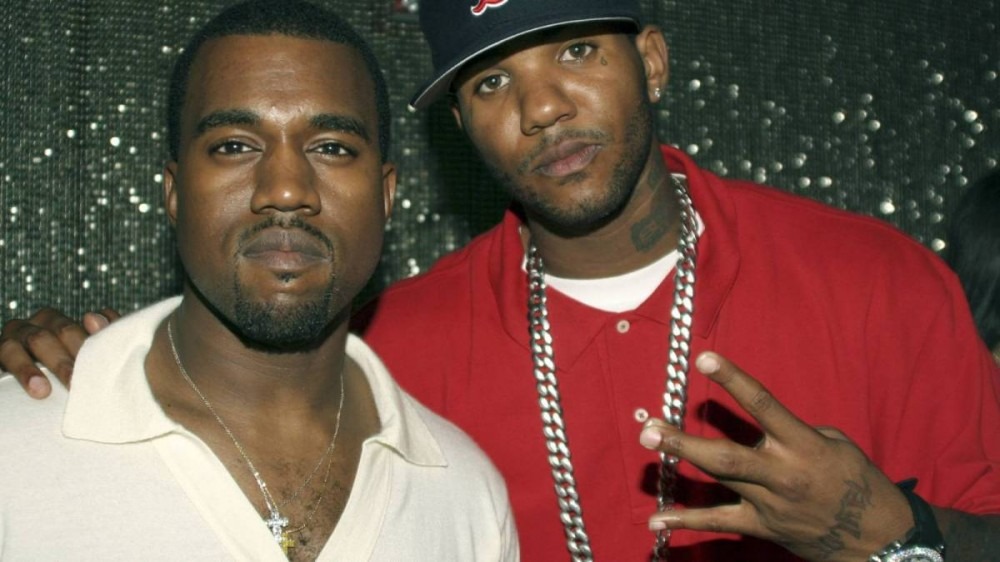 The Game recently stopped by REVOLT’s Drink Champs podcast to chop it up with DJ EFN and N.O.R.E., where he dove into a plethora of topics. From G-Unit and his gang affiliations, nothing appeared to be off limits. In an Instagram clip promoting the forthcoming episode, The Game is wearing a black face mask and sunglasses until he eventually gets too hot and removes it.

After proclaiming he was the “G in G-Unit,” the conversation jumps to Kanye West who teamed up with The Game for the single “Eazy” earlier this month. The Compton native was also on deck at the Donda 2 listening event in Miami on February 22 to perform the cut. The collaboration netted Game his highest-charting Billboard Hot 100 song in nearly 15 years.

As he told EFN and Noreaga, “It’s crazy that Ye did more for me in the last two weeks than [Dr.] Dre did for me my whole career.”

The Game signed with Dr. Dre’s Aftermath Entertainment imprint in 2003. Interscope Records CEO Jimmy Iovine and Dr. Dre paired Game with 50 Cent and G-Unit in an effort to build buzz for Game thereby fueling interest in G-Unit. Game made his first cameo appearance in the video for 50 Cent’s “In Da Club” where he’s filmed dancing with a girl.

In 2005, he catapulted to rap infamy with his debut album The Documentary, which was eventually certified 2x-platinum by the Recording Industry Association of America (RIAA). He followed up with Doctor’s Advocate in 2006. Both projects’ titles were nods to Dr. Dre and featured contributions from Kanye West.

Dre and Game’s relationship became the center of controversy earlier this month when Game’s manager Wack 100 appeared to say the “Hate It Or Love It” rapper told Dr. Dre to “suck his dick” prior to the Super Bowl LVI Pepsi Halftime Show. But what Wack 100 really said was, “18 albums ago” not “18 hours ago” like many people thought.

On February 20, Game took to his Instagram account to do damage control, writing, “I ain’t had no conversation with nobody regarding Jay-Z and the Super Bowl he put together. I don’t feel no way about no being included. It was a GREAT SHOW featuring iconic artists. It was a WIN for the culture.”

He continued in the caption, “I control my own narrative. Do not be fooled by the internet, blogs, podcasts or anyone speaking on my name that is not me. My life & new album are both amazing & I’m in a great space creatively & artistically. I’m in Miami to help Ye’ finish Donda 2 & support my friend in one of the most pivotal times of his life/career.

“Leave me & my name out of any NEGATIVE conversations unless I have given you a REAL reason to include me !!! Hov’ continues to break down doors for the culture & I am in full support of anything & anyone who is on the help side of urban greatness.”