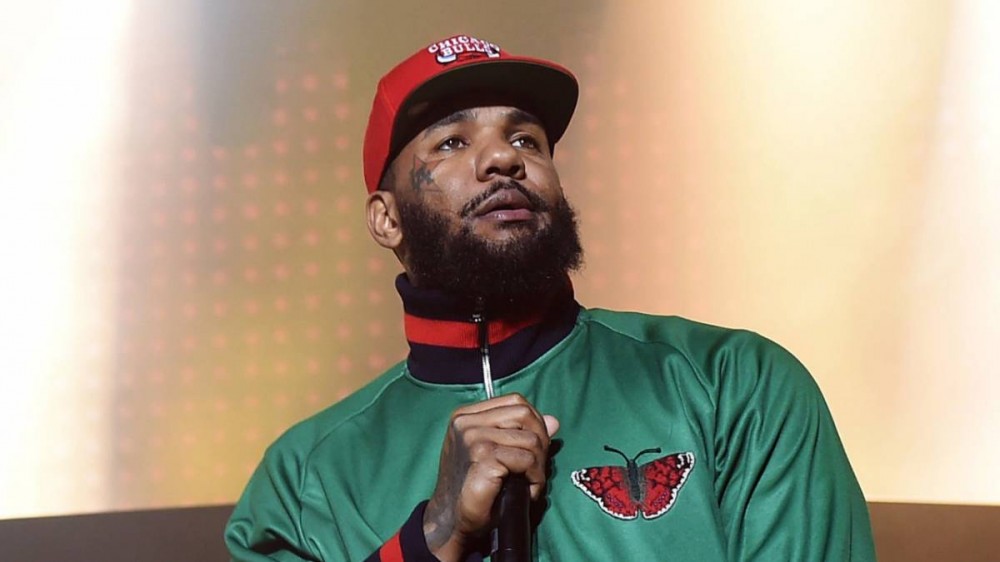 The Game has been teasing his new album for several months with clips of him recording in the studio and more, but the wait will soon be over, according to his latest Instagram post.

On Friday (July 15), the West Coast rap star shared the official cover art and release date for his 10th studio album. Titled Drillmatic: Heart vs. Mind, the project is set to drop on August 12 and is executive produced by Hit-Boy, Kanye West, Wack 100 and others.

The cover art finds The Game sitting on one side of a couch on the beach while getting his hair braided by Brittany Sky, with the other end engulfed in flames as he looks at the camera. The 42-year-old rapper also explained to fans in the caption of his post why the album has been delayed.

“My apologies for the delay but fans sometimes don’t understand how hard it is behind the scenes trying to clear samples on over 30 records & to get publishing splits, agreements, mixes approved, featured artists agreements & a million other things done in order to have a clean, flawless album put together & released,” he wrote.

“What I can guarantee you is that I personally put my heart & soul into this album from beginning to the end & anyone who’s come by my studio or heard this album will tell you that it is everything you expected it to be. Everyone also wanted me to not put 30 songs on my album, which again held us up due to the amount of music I’m pushing out but I felt & always feel my fans deserve more.”

He added, “This date gives me time to properly set up, get visually prepared & present to you another classic. I appreciate all of you for being patient throughout this process with me & I can’t wait for you to hear what we’ve done.”

Drillmatic: Heart vs. Mind was originally set to be released on June 17, but was pushed back numerous times. The Game isn’t lying about all the clearances, either. Earlier this month, he revealed JAY-Z cleared seven samples for the album and thanked the Roc Nation boss on Twitter.

As for the album title, the Compton native recently told HipHopDX that Nas — whose 1994 debut Illmatic it pays homage to — gave him his blessing for the name. Game also offered the title to Chicago drill rap star Lil Durk first, although he clearly didn’t take up the offer.

Drillmatic: Heart vs. Mind has spawned two singles so far: the Kanye West-assisted “EAZY” and “Violence.” It serves as the follow-up to 2019’s Born 2 Rap, which was billed as The Game’s final album at the time.