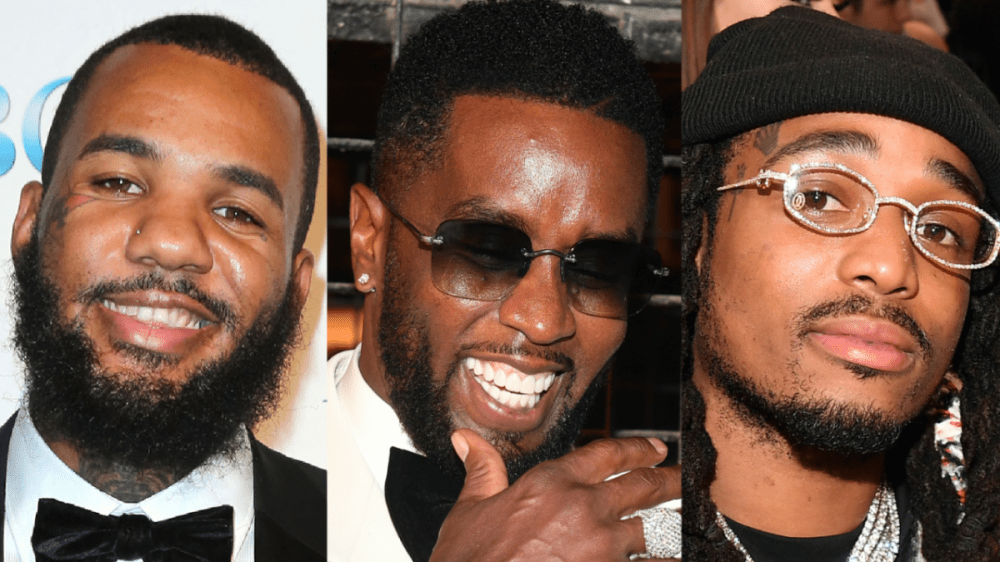 The Game is continuing to beef up an already strong list of collaborators for his upcoming album, which will serve as the follow-up to 2019’s Born 2 Rap.

The Compton rapper took to Instagram on Wednesday (January 19) to share a photo in the studio with Diddy, Migos’ Quavo and Hit-Boy, standing in a hallway with plaques either side.

“#DRILLMATIC nights,” The Game wrote as the caption.

The connection comes shortly after G Herbo claimed The Game has the “hardest album of 2022” and joked about delaying his own album until 2023.

Over the past couple of weeks, The Game has also been spotted in the studio with Kanye West, Pusha T, Moneybagg Yo, Curren$y, A$AP Rocky, will.i.am, London On Da Track, Dreezy and others.

Hit-Boy has been side by side with The Game during the sessions and is set to produce the whole album.

During an interview with HipHopDX in 2019, The Game revealed he almost signed to Diddy before going with Dr. Dre.

“I didn’t really tell him ‘no,’” he explained. “It was Diddy’s idea that I go get with, make sure Dre hear [my mixtape]. We never went to the studio ’til this one night, we was in New York and we ended up going to Diddy’s main fucking studio. That was my first time ever recording something. I can’t even remember what it was or what it was for, but that’s the only time we went in the studio.

He added, “Diddy man, is an original party fucking animal. And that’s like my big brother and I appreciate everything he did for me.”