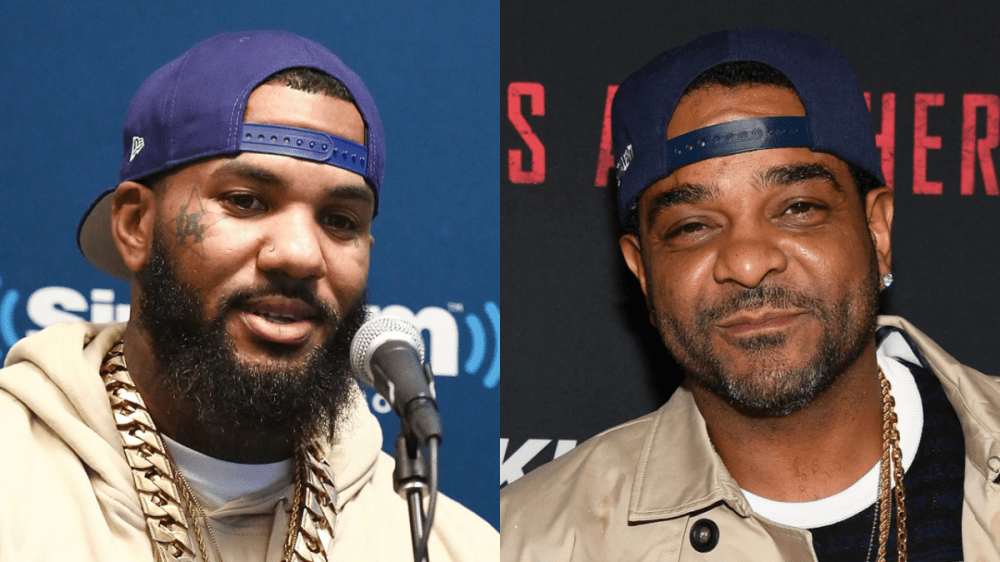 Although The Game is a West Coast legend, the Compton native has an affinity for New York City, specifically Harlem. The 42-year-old has so much love for the popular neighborhood that his first-born son is named after the borough.

On Thursday (June 30), The Game was celebrating his son Harlem Taylor’s birthday with a special Instagram post, in which he revealed Jim Jones inspired him to call his son Harlem. The clip shows the rapper holding his son while “Like Father, Like Son” — off his 2005 debut album The Documentary — rang out in the background.

In his caption, the former G-Unit signee reflected on the moment Harlem’s mother found out she was pregnant and had to confront her very-strict mother with the news. The Game revealed he promised he would take care of the child by becoming a millionaire rapper, which led to his New York encounter with Jim Jones.

“Happy Birthday son (@harlemtaylorr) you were & always will be the motivation I needed to alter my lifestyle & become something better than I ever was before your birth. Thank you,” he wrote. “I named you Harlem cause that’s the 1st place @jimjonescapo took me my 1st time in New York when I landed at JFK. You are the best son, person, older brother that I @calidreamofficial & @kingjusticetaylor could ever ask for.”

While The Game had nice things to say about his son and Jim Jones, that wasn’t the case when he was asked to say something sweet about his former rival 50 Cent. While speaking with the I Am Athlete podcast earlier this month, the West Coast rapper took yet another shot at the G-Unit general.

“Sometimes you need loose change,” he said with a smirk. “Let me break it down. Yo, let’s make sense of it. Let’s just say you left your wallet at home. You’re in your car, you pull over in L.A., there’s a parking meter. You open your middle console, you got a dollar.

“The parking meter ain’t takin’ a dollar. And then you scrape to the bottom, past the Chapstick, past your earbuds and then you find a quarter, like 35 cent. You’re gonna be able to stay there for about 15 minutes. Loose change, you need it sometimes.”