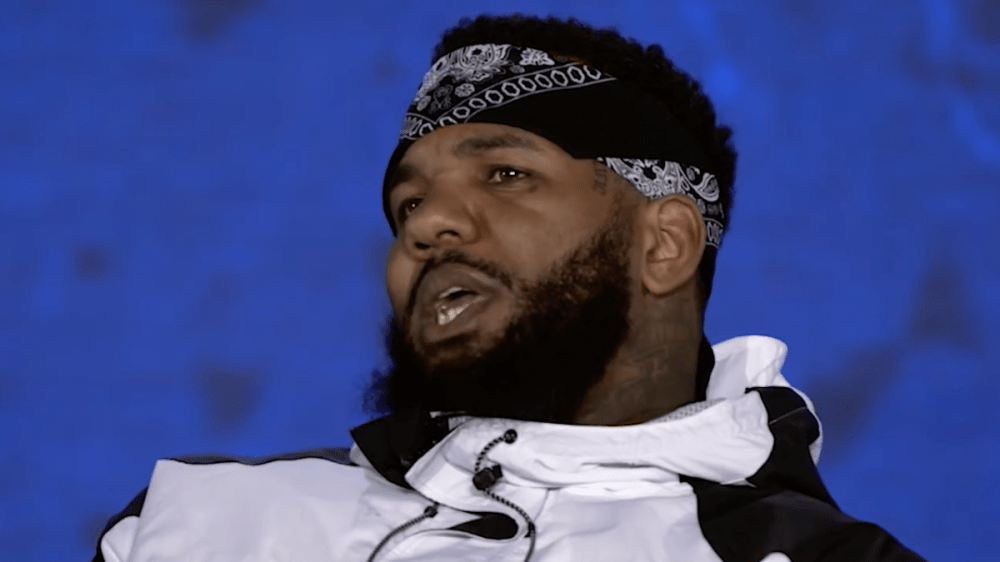 The Game has accused his former label Interscope Records of stealing from artists. Taking to Twitter on Friday (January 28), the Compton rapper called out the Universal Music Group company for alleged shady business practices and reflected on his decision to leave the label following his Jesus Piece album.

“Fuck INTERSCOPE,” he wrote. “I meant it when I said it 17 years ago & I mean it today !!!! They’re runnin a modern day slave trade & steal from every single artist. Best decision of my life was parting ways. #StayIndependent.”

The Game has a message for Interscope Records. pic.twitter.com/eqNObaqXr5

Game confirmed he was leaving Interscope in 2013 during a sit-down with the late Larry King, where he pointed out the fact all of his albums had gone platinum.

“Recently a free agent,” he said. “Was signed to Interscope for my last five albums, which of course are all platinum. I been taking a lot of meetings and a lot of conference calls about my next move. And I just haven’t narrowed it down yet. I love [the business end of the business]. ‘Cause it further prepares you for the future in life and makes me a good tutor for my kids as they grow.”

In a 2019 interview with Variety, The Game explained the difference between working with Interscope and Entertainment One.

“I’m 100% in control of everything,” he said. “eOne is just the machine they put my music through. They work it like a General Motors would sell a car. But the car ain’t going nowhere without the engine and that’s what they allow me to be. When I start up, they know that the project is going to be dope and we’re going to move some units.”

He continued, “With Interscope, I was young. When you’re young and a brand new artist, you just get fucked. It happens to everyone and that’s just what it is. It’s not even avoidable unless you’re going to stay independent. What I’m saying now is that I own 100% of my masters and eOne just distributes, so that part is the financial level up.”

The Game is currently working on his new album, tentatively titled Drillmatic. Produced by Hit-Boy, the project is set to include his recent Kanye West collaboration “Eazy.” Recent recording sessions have also seen him link up with Diddy, Pusha T, A$AP Rocky and many other big names.