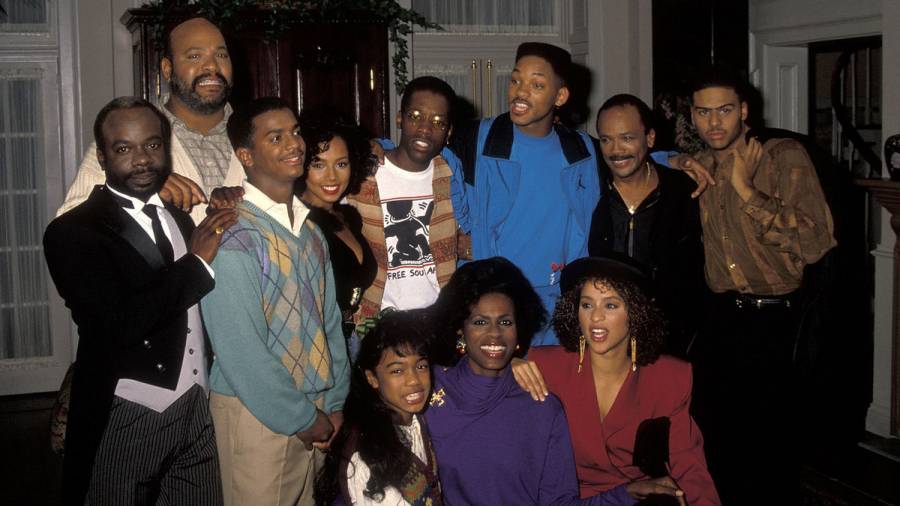 The Fresh Prince of Bel-Air Reunion Special is finally here, and fans have been raving about it all over social media. The special, which is on the HBO Max streaming service, brings together the cast of the iconic 90s TV show for a trip back in time. Will Smith and his TV family shared stories and revealed their favorite scenes, along with remembering the late James Avery.

Fans were quick to hit Twitter to talk about the celebratory occasion once the special went live. The reactions from the public ranged from emotional tears to belated joy as many of them were able to recount the memories the show gave them.

"The Fresh Prince Of Bel Air Reunion" might be the first show of its kind to deserve an Emmy. It's that emotional. It's that good.

“”The Fresh Prince Of Bel Air Reunion” might be the first show of its kind to deserve an Emmy. It’s that emotional. It’s that good,” television writer and producer Cheo Hodari Coker tweeted. “This Fresh Prince Reunion special has me BAWLING, guy. Holy shit,” someone else tweeted.

The Fresh Prince of Bel-Air Reunion Special can only be found on HBO Max which left many who didn’t have an account with the streaming service to try and get their hands on any logins. HBO Max offers a free trial upon signing up for the service but many wanted the full service to watch the series from season one after watching the special.

I need someone HBO Max account so I can watch the Fresh Prince reunion this weekend! Don’t all dm me at once

Did I just start my 7 day free trial of HBO max for the fresh prince reunion? You betchya.

“I need someone HBO Max account so I can watch the Fresh Prince reunion this weekend! Don’t all dm me at once,” one person tweeted.

One of the most anticipated moments from the special came when Will and the original Aunt Viv, Janet Hubert, met for the first time in 27 years to reconcile their differences. Their feud began in 1993 after Hubert was allegedly fired for what was originally believed to be creative differences. But it turns out the issue was deeper than that.

Hubert explained her exit was a result of the rough period she was going through in her life at the time. She said her pregnancy and abusive marriage affected how she worked on set and claimed Will unfairly labeled her as difficult to work with, especially when no one knew what was going on. After receiving a new contract following Will’s unfair treatment that cut her time and pay, and restricted her freedom from accepting other jobs, Hubert severed ties.

The entire section about the Aunt Viv controversy on the FRESH PRINCE reunion special is surprising and emotional and worth watching.

“During that time of her pregnancy, I wasn’t sensitive, I wasn’t perceptive, and now that I’ve had three kids I’ve learned some things that I did not know at the time and I would do things very differently,” Will said in the special.

Fans were shocked to finally get the truth behind Hubert’s controversial exit. While many believed the moment was very much needed, there were also a few that had to comment on the handling of the situation by both Will and Hubert.

Will Smith did the REAL Aunt Viv dirty man….can't lie…they may have made up but i always felt a way in how she got replaced.

At least…replace her with a dark skinned woman as well. Damn.

I don't like the Will slander I'm seeing. Yes he handled the OG Aunt Viv situation wrongly. That's fair…but she isn't innocent they had problems working together people act like Will was just evil to the woman for no reason.

It’s nice that Will Smith and Janet Hubert (Original Aunt Viv) have made amends, but it still sucks that she lost out on a career because of him.

Hubert: “Your criticisms cost me my career.”

In September Will announced The Fresh Prince of Bel-Air reboot was picked up for two seasons by NBC’s new streaming service Peacock. The reboot, titled Bel-Air, will be a one-hour dramatic telling of the ’90s sitcom. In a statement, Peacock explained more of what the plot will focus on.

“With a reimagined vision, Bel-Air will dive deeper into the inherent conflicts, emotions and biases that were impossible to fully explore in a 30-minute sitcom format, while still delivering swagger and nods to the original show.”