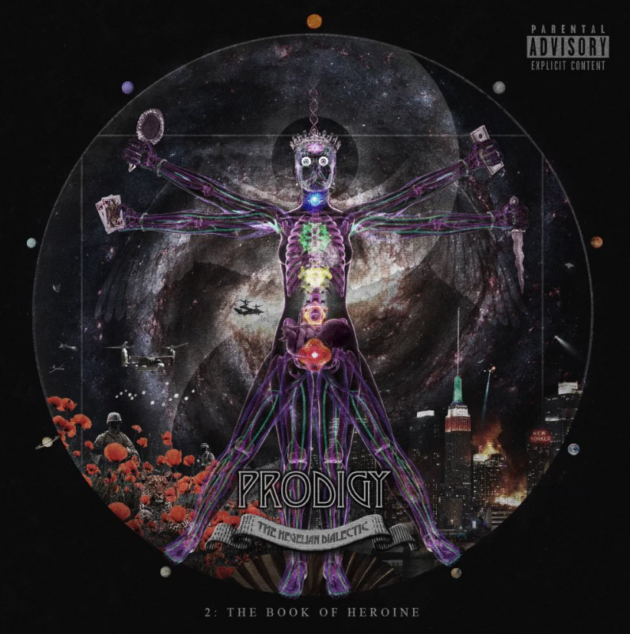 Prodigy reveals his amazing wit and lyrical ability in The Book Of Heroine. The album describes the emotional problems that males have in connection to drugs, relationships, and other distractions associated with lust.

“Five years ago, our family suffered an immense loss,” the Estate of Prodigy said in a statement. “The music that Prodigy left behind is extremely precious to all of us. We felt the need and responsibility to hold on to it until we had the proper foundation to complete what he was working on and release it to the world. We hope his fans will enjoy and support our efforts as we move forward with this very personal and emotional process.”

Earlier this month, the estate released the very special new single “Walk Out” video. DJ Premier, one of the most lauded beat producers in hip-hop history, produced the song. This track is a valuable treat for true fans of Hip Hop’s Golden Era because the two renowned performers rarely had the opportunity to collaborate throughout their careers.

“I was honored to connect these two iconic legends in Hip Hop – DJ Premier, and Prodigy – this is truly special for the culture and grateful for the collaboration of these giants,” says manager and attorney L. Londell McMillan (who also owns The Source Magazine).

“It’s always an honor to work with the great Prodigy,” says DJ Premier “Since ‘Peer Pressure’ – that I produced – I knew early on that he would be an all-time great. His legacy lives on and happy to be a part of it.”

Due to legal conflicts between the Estate, which the late artist’s family maintains, and his former associates, the famed MC’s work was taken from all streaming sites in 2019, depriving millions of admirers of the infamous MC’s solo efforts. Prodigy is one half of one of the best Hip-Hop groups of all time, Mobb Deep. Alongside Havoc, the two made their debut in 1993 with Juvenile Hell, then returned in 1995, with the bonafide classic album The Infamous. The two stand as one of the most influential groups in rap history. Prodigy’s solo releases carried the same level of quality, throughout the H.N.I.C. saga and more.

Albums like H.N.I.C. and The Bumpy Johnson Album are once again available for streaming on services like Spotify, Tidal, Apple Music, and others, thanks to the management of L. Londell McMillan of The NorthStar Group and a new distribution deal with ADA, Warner Music Group’s independent services and distribution arm. The albums will also be available for purchase on the websites of all digital retailers.

“We are extremely thankful to all the fans for understanding the circumstances that our family had to professionally control at a time of grief, and for the kind words of encouragement we received from many of you” says a representative of the Estate. “We would also like to thank the community of hip hop artists who came together to help us assemble Prodigy’s last projects. The music belongs to all of you and we are glad we can make it available again and forever.”