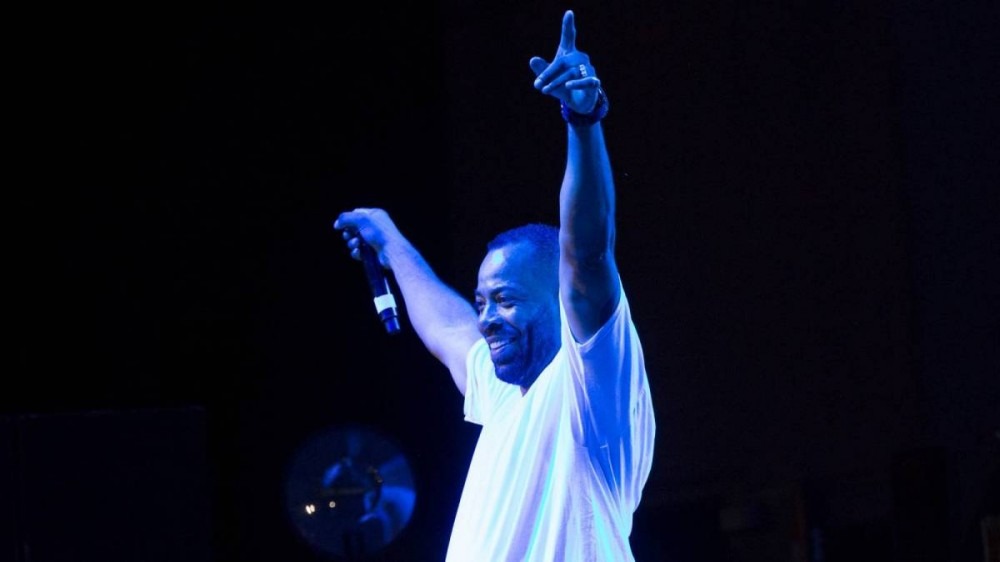 The D.O.C. thought he’d never rap again. It was 1989 and his debut album No One Can Do It Better was a bona fide success. But life as he knew it would come to a screeching halt months later when he was involved in a near-fatal car accident that ultimately robbed him of his voice. Although The D.O.C. has made peace with it today, it took over 30 years for him to really accept that maybe God had another plan for him. However, that doesn’t mean he’ll give up.

In the new documentary The DOC, the 54-year-old Hip Hop legend is filmed going to several doctor’s appointments in an effort to restore it to where it was before the accident. In another scene, he’s talking to Erykah Badu, the mother of his 17-year-old daughter Puma, and admits, “I’m just so lost in what was, makes it really difficult to make what is work. I can’t use this.”

But it turns out he can use it. On Thursday (June 16), Rolling Stone premiered an unlikely collaboration with Fat Mike from pop-punk group NOFX, indie Hip Hop stalwart Ceschi [Ramos] and The D.O.C., who drops his first verse in over 19 years.

Titled “The Fast Ones,” the track finds The D.O.C. putting his signature rasp to work and utilizing the same lethal pen used to write music for N.W.A, Eazy-E and Dr. Dre with lines such as, “I’ve been living so off balance that even drowning a fucking challenge/Violence every day, this ain’t fantasy island/N-ggas wilin […] It was when it used to be attitudes, now it’s just a minstrel — black fists, black fools, clowns in blackface.”

Speaking to HipHopDX, Ceschi could barely contain his enthusiasm, saying, “As a kid raised on Hip Hop and punk, it feels absolutely surreal to be working alongside true legends of the genres. Beyond that — they’re just genuine people and creative powerhouses. Being in the company of OGs like that has been beyond inspiring.”

Fat Mike talked about what it took to get The D.O.C. back on the mic. As he explained to RS, “He needed someone to tell him, ‘Dude, your voice is perfect; it’s just different. He fucking destroyed everybody. He comes in like a fucking monster.”

Fat Mike and The D.O.C. met through The DOC producer Gary Ousdahl. Their friendship proved to be so instant, a large portion of the film wound up being shot at Fat Mike’s home. Mike eventually played The D.O.C. some music he’d been working on with his new group Codefendants featuring Get Dead’s Sam King and Ceschi — and his reaction was priceless.

The D.O.C. added in an email, “The guy was so genuine and cool and adamant about working together because, being introduced to my story, he really wanted to see me win. That kinda energy made it hard to say no. Plus, the guy’s a great producer, and the young guys have great voices. May as well add a dirty growl.”

The D.O.C. ended up on stage at a NOFX show in Dallas last December to perform “Kill All The White Man,” which Mike remembered fondly. But he also came to the realization of just how much The D.O.C. missed when his voice was stolen from him.

“He came out and sang a song with NOFX in Dallas, ‘Kill All the White Man,’ and it was so fucking cool,” he said. “He was so fucking pumped. And afterwards we stopped and the whole crowd was chanting ‘D.O.C.,’ and he was like, ‘Oh, my God. I never got to fucking live this.’ He fucking missed out.”

Now, it looks like The D.O.C. is making up for lost time, and he certainly has a small army of people in his corner who want to see him continue working, including Fat Mike.

“After doing this Codefendants stuff, I really want to see him start working again,” he said. “Yeah, his voice is like Louis Armstrong. You can have a voice like that.”

The D.O.C hinted in a recent interview with DX he’s nowhere near done with his work on this planet, whether that involves more rapping or not.

“If I’m being honest, if I woke up tomorrow and my voice was restored, I would know that God, he wants me to go show people, you know what I mean? I would know it’s time to go move some mountains around this muthafucka,” he said. “If he did that — I don’t doubt that will happen one day. It’s still in the back of my head, but I know that there’s a mission that I have now for us, as a human family.”

Listen to “The Fast Ones” here.