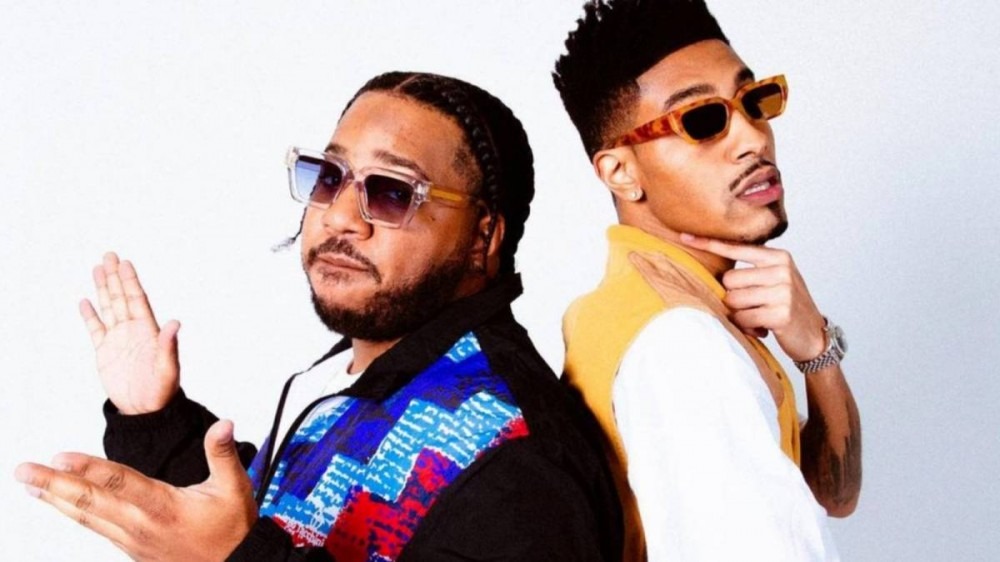 Exclusive – Chuck Inglish and Sir Michael Rocks — collectively known as The Cool Kids— exploded on the scene in the mid-2000s determined to carve out their own lane — and they did. After initially connecting on MySpace, the trailblazing Chicago-Detroit duo bonded quickly over their love of classic Hip Hop, including Eric B. & Rakim, LL COOL J and N.W.A. With layered, bass-heavy beats, their inimitable voices and fully intact senses of humor, Chuck and Mikey provided a new sound that combined golden era Hip Hop with futuristic accents that only grew stronger with each release.

In 2008, The Cool Kids dropped their inaugural EP called The Bake Sale but soon ran into some hiccups with former label Chocolate Industries. Their debut album, When Fish Ride Bicycles, was expected to arrive in 2008 but wound up sitting on the shelves until 2011. It would be six long years before The Cool Kids would reconvene for another album, 2017’s Special Edition Grand Master Deluxe.

But on Thursday (March 3), Chuck Inglish and Sir Michael Rocks returned with the follow-up to 2020’s Volumes, a promising sign they’re back for good. Titled Before Shit Got Weird, the project is the first installment of one of Hip Hop’s only triple albums and produced entirely by Mr. Inglish himself. Boasting 19 tracks, the album features Larry June, JID, Pell, A-Track, Pac Div, Chance The Rapper, Gabby!, Guapdad 4000, Nic Jr, 6LACK, Don Cannon and KEY!, among others.

Chance The Rapper’s contribution is somewhat surprising considering his 2019 album, The Big Day, didn’t go over too well within the rap community. In fact, HipHopDX rated the project a dismal 2.3 rating upon its arrival, calling it a “dud.” During a recent interview with HipHopDX, Chuck Inglish and Sir Michael Rocks explained why he was the perfect choice for the song “Low Sodium.”

“Chance is quite possibly one of the better artists we’ll have for the next 20 years,” Chuck says. “Him experimenting, him being emotional, him getting married, him marrying his childhood sweetheart, having two kids? You can’t tell no man what that did to him.

“The fact that he felt honest enough to make something like that. It’s like, we give everybody else the same shots, but remember why you know of him, remember how he got here, remember the shit you seen first. You don’t think he can do that shit again? You don’t think he choosing violence his next time around?”

Mikey hops in, “No, he actually crazy with it.” Chuck’s fellow Chicago native Kanye West worked with Chance The Rapper numerous times on songs such as “Ultralight Beam” from 2016’s The Life Of Pablo. But in 2021, a clip of Kanye screaming at Lil Chano started making the rounds, bringing their relationship into question.

“That’s why him and Kanye met [his talent], and then they bumped heads,” Chuck continues. “But you think about The Life of Pablo, bro, that’s a Chance album. Chance was in that muthafucka the whole time. Think about ‘Waves,’ you think about all of that shit that Kanye was doing around that time. He has seen his equal in one of his little homies that had to see what was up with it.

“It’s the same way we look at Kanye and be like, ‘Oh man, you got all these different directions. Which one do we like?’ Everybody hated on Yeezus Kanye. But if you go back and listen to Yeezus right now, that bitch is perfect. That’s one of the better albums you can listen to. Even 808s and Heartbreak, it created a …” Mikey jumps in, “… a whole genre.”

Chuck is convinced social media plays a big role in the dismantling of artists, saying, “I think a lot of times when we look at artists, we got way too much insight into their personal life. We don’t need it. We not supposed to know what the fuck muthafuckas doing in they day-to-day. I feel like Chance took a chance and gave people insight to his personal life. And they was like, ‘Oh no, that’s corny.’

As Sir Michael Rocks notes, people are so obsessed with bad news, the album was almost bound to fail.

“It’s like, he wasn’t doing anything bad, and that was the thing though,” he says. “That was the reason that he received such a visceral reaction. We just in a time right now in an industry right now where you not getting rewarded for being a nice guy. You got to be a fucker right now. You better be an asshole. You better talk shit, you better cause a mosh pit, you better do all that shit. You better get arrested … or act like it.”

Chuck concludes, “They was on his head because he was just doing shit right,” and Mikey concurs, “I think that’s just the hiccup that he ran into with forgetting where we were with people and where we are as a society by now at entertainment.”

Check back with HipHopDX soon for Part II of The Cool Kids interview. In the meantime, listen to Episode 1 of Before Shit Got Weird below.