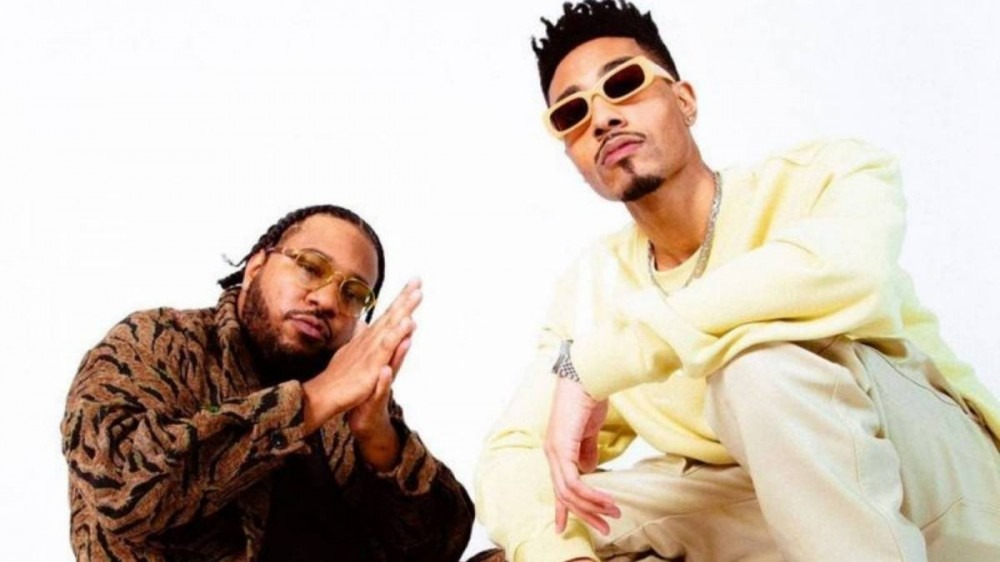 Exclusive – The Cool Kids were noticeably absent from the Hip Hop space for a few years as they embarked on a self-imposed hiatus. But in 2017, Chuck Inglish and Sir Michael Rock returned with a vengeance and dropped Special Edition Grand Master Deluxe, elating their fans in the process.

While the Chicago-Detroit duo released several projects in the interim, they officially dropped their fourth studio album on Friday (March 3). Titled Before Shit Got Weird, the 19-track project serves as the inaugural installment of The Cool Kids’ triple album. Ahead of its release, Chuck Inglish and Sir Michael Rocks delivered its first non-fungible token (NFT) called “Pre-Weird.” The NFT sold out in roughly 45 minutes, proving just how desperate The Cool Kids’ fans were for anything new from the trailblazing artists.

“I have not released an NFT like that before, so I didn’t really know what to expect and didn’t know how our fanbase would respond,” Sir Michael Rocks tells HipHopDX. “So I was surprised to see it just fly so quick like that. So that’s tight. I’m really happy about it.”

To Sir Michael Rocks, that was a promising sign The Cool Kids are in high demand. Some people bought it simply because it was affiliated with the group.

“That definitely gives me that idea because a lot of people weren’t even sure what the NFT was or what it did,” he explains. “It does some cool shit, actually. People were like, ‘Man, I just bought it anyway because I just wanted to fucking tap in with you guys and be a part of the rollout.’ Once they saw the actual perks and utility that it gives you, that was just an added bonus, I’m sure. So it’s looking like the sentiment is there. I think people are ready for us.”

To create the NFT, The Cool Kids partnered with Quincy Jones-backed platform and green Web3 company OneOf. Interpreted from Before Shit Got Weird, the “Pre-Weird” collection is comprised of unique artworks of isometric shapes representing The Cool Kids’ home cities, as well as their visions of alternate realities and inspiration from their upbringing.

Purchasers were also granted access to an exclusive track called “Captain Planet Rock” as well as chances to win concert tickets, meet and greets, unique merch and other experiences both virtual and in real life.

When asked if the single was a nod to Afrika Bambaataa, Chuck Inglish says, “I would say that there is a deep emotional tie to that, but it was just the high energy. ‘Planet Rock’ was like a national anthem for rap music and then we were bringing it to current times.

“We did that song in late 2017, early 2018 when we started the album and it was so good, but it didn’t fit on anything, and it felt like just a drop of rain or a moment in time. I wanted to give something that sounded like an exclusive unreleased track instead of something we just didn’t put on the album or shit that didn’t make it.”

Chuck Inglish is amazed they’re even in the NFT space at all, calling it “a trip in general.” But they wanted to make sure to give their fans much more than a useless JPEG. Instead, they aimed to cultivate an entire Cool Kids world.

“JPEG is the buy-in,” he adds. “So we are like, ‘OK, we make music. We’re not making no god damn JPEGs, what can we offer?’ And it’s like, ‘We can give you a world that you can exist in.’ And then in that world, y’all can build a community.”

Mikey jumps in with, “The image you see for the NFT is basically that’s the world that we created with the album. If you listen through the skits, songs, interludes and stuff, they’re all taking place in this space in time, which would be that city that you see on the NFT pretty much.

“We wanted it to be influenced by Chicago, Detroit and all that stuff. But it’s a city that was born from the album pretty much. Those businesses and places and characters will all be coming a life. And we’ll keep on putting them in different situations, as we progress through this triple album we’re about to go through.”

Before Shit Got Weird features JID, Chance The Rapper, 6LACK, Guapdad 4000, KEY! and A-Track, among others. Check it out below.