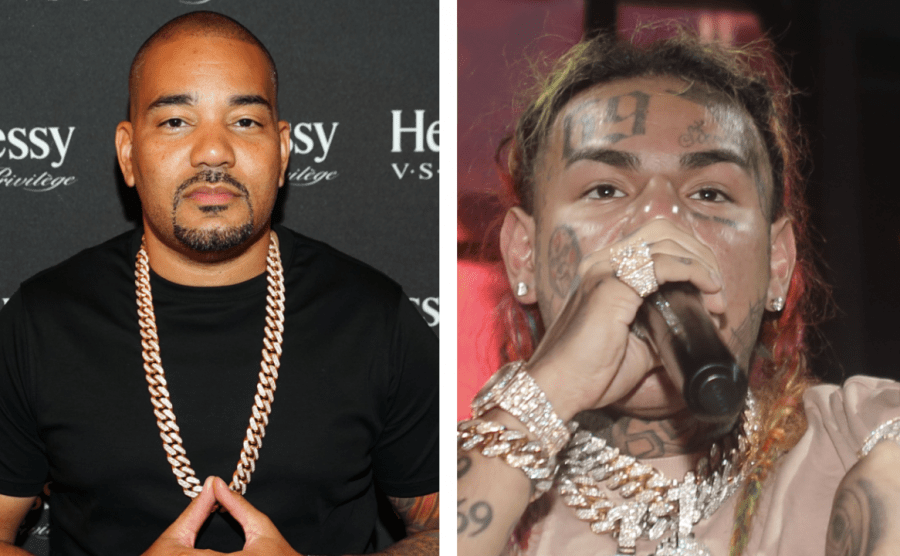 Having multiple missed phone calls at 4 a.m. can be a frightening proposition. That was DJ Envy when he checked his phone Thursday (January 28) morning with a few calls from an unknown number. When he called back, the person on the other line claimed to be 6ix9ine’s manager “Murda” Murphy and wanted to know if the polarizing Brooklyn rapper could come on The Breakfast Club for an interview.

“Mind you this is four o’clock in the morning,” Envy recalled. “I’m like, ‘I got 30 more minutes of sleep what are you calling me for?’ He said, ‘Hey this is Murphy I was just playing with you. This is Tekashi 6ix9ine’s manager, would you interview him?’ ‘No.’ He says, ‘Does it have to do anything with politics?’ I said, ‘Man, you called me at four o’clock in the morning.’ Bam.”

“Murda” Murphy is actually 6ix9ine’s manager, but to be calling at that hour and be taken seriously is a long shot, so it was most likely a prank and someone messing with Envy during the wee hours.

A post shared by Tattle Tales Album Out Now (@murdamurphy)

At the end of 2019, while 6ix9ine was still behind bars on racketeering charges, The Breakfast Club announced the “Gummo” rapper was banned from appearing on their show in the future.

“I don’t want to promote to kids that you go wild and do some stupid ish and you just go tell on the people you’ve done and all of a sudden you come out and can put out records and it’s all cool,” Envy said at the time.

Charlamagne Tha God added, “That young man has a target on his back. He needs to come home and figure out his life. Figure out who he is as a man before he jumps into the character of 6ix9ine. Daniel Hernandez has to do some soul searching.”