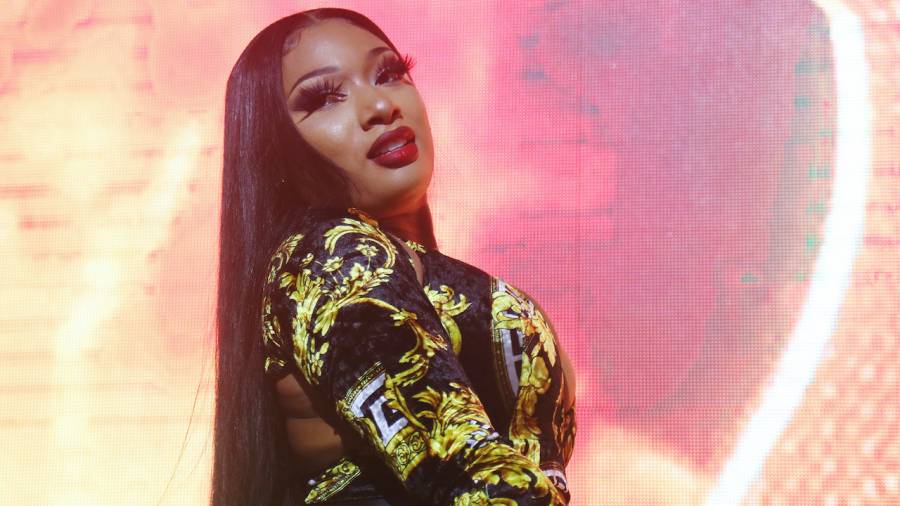 The Breakfast Club became a topic of social media banter on Tuesday (November 17), when they put Megan Thee Stallion’s team on blast for limiting what could be discussed when she came on their show but allowing her to speak freely about controversial happenings with predominantly “white publications.”

Angela Yee, DJ Envy and Charlamagne Tha God clarified their statements on Wednesday’s (November 18) show, saying they were calling out Meg’s label and team rather than her personally. They expect her to be back on the show at some point after declining the potential interview this week due to the laundry list of talking point restrictions.

“Don’t put that on Meg, like Envy said, it’s the label that sends it out,” Yee explained. “This was not a shot at Megan Thee Stallion. She never said, ‘I’m not doing The Breakfast Club. It wasn’t all Tory Lanez [related], they said we couldn’t discuss her New York Times op-ed, which I would’ve loved to discuss because I thought it was powerful.”

“What I was expressing yesterday had nothing to do with Megan, and everything to do with label folks not keeping the same energy with Black media and publications that they do with the white ones,” he explained. “I pointed out the fact they didn’t do that with GQ Magazine.”

In a cover story unveiled earlier this week, Meg was named Rapper of the Year by GQ Magazine. She opened up about the Lanez situation with the publication, which was deemed off-limits if she were to come on The Breakfast Club.

“I barely even said anything to the man who shot me when I was walking away,” she said. “We were literally like five minutes away from the house. I’m really scared because this is like right in the middle of all the protesting. Police are just killing everybody for no reason, and I’m thinking, ‘I can’t believe you even think I want to take some money. Like, you just shot me.’”