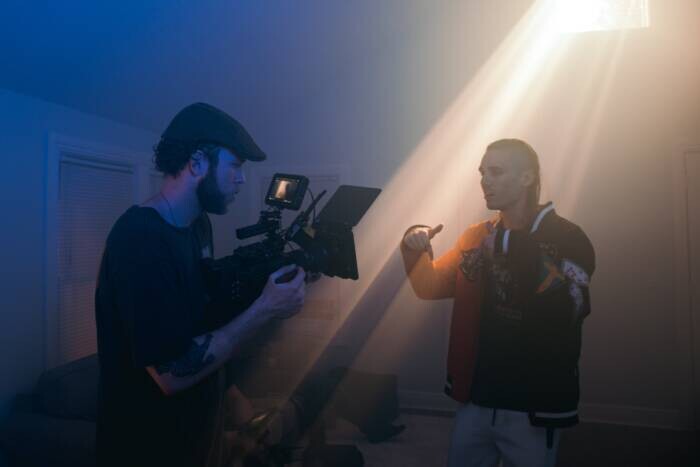 Music videos can themselves be called music video short films. But that is not the point here. Some excellent music videos were made as a tribute to their cinema counterparts.

We are not mentioning the short music clips from movies about music and call them music videos. Instead, we are talking about those music videos that were precisely inspired by a film.

This essay will primarily concern the students who love music and cinema. These cinema music videos have been our great source of entertainment for so long. We remember the nostalgic days of these best movie videos, these songs, and our life on the college or university campus.

Nonetheless, those who have missed some of the music videos we are writing on our list can still enjoy it. We also recommend you to see the movies as well.

If you are sincerely interested in music and movies, opt for the free writing samples on these topics from Gradesfixer. Here, we will get many exciting topics related to entertainment, such as movie review examples. Anyway, let us jump into our list now.

Foo Fighters made some of the most extraordinary music movies of their own. But, their 1997’s classic song “Everlong” took its inspiration from Evil Dead. You might feel that the song is not quite apt with the music video, but that makes the Foo Fighters unique. The surreal element in their music videos is always noticeable.

This song will certainly be one of the most memorable ones on this list. Imagine Madonna and Marilyn, the two greatest beauty icons, on the same music video. And that was true for “Material Girl.” The film that inspired this song’s making was a 1953 film named “Gentlemen Prefer Blondes.”

This music video shows the euphoria of Marilyn Manson’s class. Inspired by the film “Willy Wonka & the Chocolate Factory,” this music video takes you to a fever dream.

Some even say that Manson had made an even more striking music video than the film. Without any doubt, it was more absurd and disconcerting than its movie counterpart.

Beastie Boys are celebrated by music lovers worldwide. And when it comes to their song “Body Movin,” it must make this list. Apart from Foo Fighters in the 90s, the Beastie Boys knew what they were doing with their music videos.

This song on our list was not inspired by a Hollywood movie. The motivation for this music video came from a definitive Italian-French thriller, “Danger Diabolik,” released in 1968.

Precisely like the thriller movie, the music video had the thrill of its own. It has topped the MTV charts for best music videos for a long time in the 90s. If you are a fan of the Beastie Boys, “Body Movin” must be in your playlist.

There should be some good songs from this decade. And here is Ariana Grande’s 2018 hit “Thank U, Next.”

The music video of this song is special and unique from the others as it is not inspired by a single movie but a lot of them. This music video by Ariana Grande has actors like Troye Sivan, Colleen Ballinger, Stefanie Drummond, Jennifer Coolidge, and Jonathan Benett. They recreated some cult scenes from several movies. The movies were “Legally Blonde,” “13 Going On 30”, “Mean Girls,” and “Bring It On.” All of these movies were released in the 2000s.

The music video was undoubtedly very interesting, but the best part was that it was experimental. Ariana Grande always loves to do great experiments with her songs and music videos.

These movie-inspired music videos show that movies and music go hand in hand. They are not only entertaining but help us in education as well.

So do not miss out on anything from our list. Go through the course of these music videos and feel joyous throughout the day.