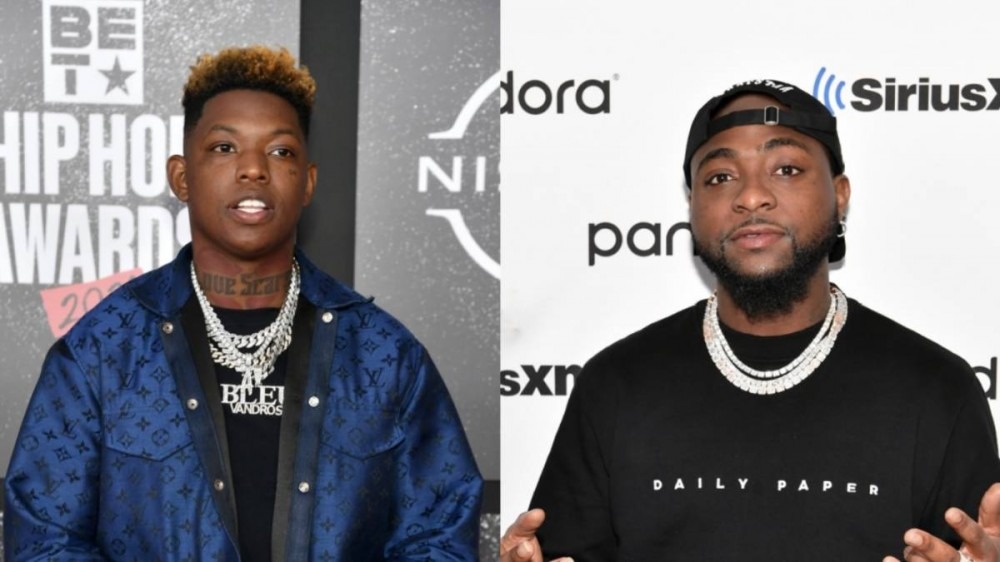 Yung Bleu — who now goes by BLEU — headed to Lagos, Nigeria last June to film the music video for “Unforgiving,” his Moon Boy collaboration with Nigerian Afrobeat superstar Davido. On Tuesday (October 5), the 2021 HipHopDX Rising Star dropped the scientific visual for fans waiting to see him and Davido tear it up on the screen.

The Dammy Twitch-directed video finds BLEU looking at blueprints of the Millenium Falcon from the Star Wars movie franchise as he attempts to build a spaceship of his own for his girlfriend. Fans are taking through a journey back in time to see BLEU’s girlfriend is his childhood friend.

Davido comes in and sings his verse inside a room where gravity kicks in, an ode to the “Bella” spaceship BLEU is building for his love. BLEU adds the finishing touches to the spaceship and presents the gift to his unsuspecting girlfriend, who loves the beautiful gesture.

Along with the name change, BLEU is taking a different approach to his overall diet. Last week, the Moon Boy took to his Instagram with a picture showing his new diet plan that consisted of a bowl of Cheerios with green grapes on top.

Fans were quick to leave their opinion on BLEU’s diet on social media. Some fans supported him for making healthier food choices, but others dragged him for what they think was BLEU starving himself.

“You gon be hungry again in 5mins,” one fan wrote in the caption of his since-deleted Instagram post.