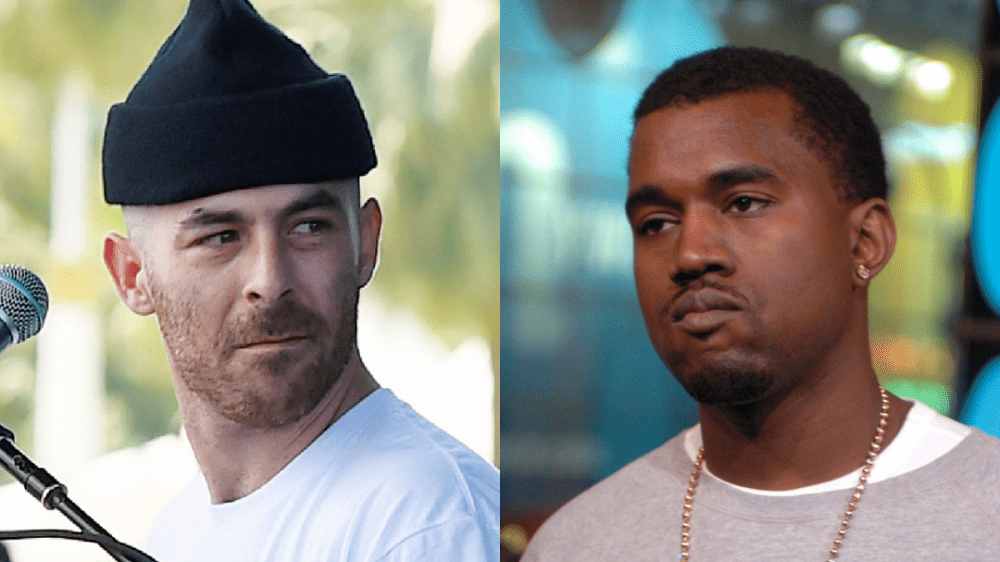 Before Kanye West was the Hip Hop icon, fashion mogul and billionaire he is today, he was a hungry young producer trying to get people to take him seriously as a rapper. It was during this time that he first crossed paths with fellow Hall of Fame Hip Hop producer The Alchemist.

During a recent appearance on the New Rory and Mal podcast, The Alchemist told the hilarious story of his first time meeting Kanye West at Baseline Studios in New York City sometime in the early 2000s, during a session playing beats for JAY-Z‘s A&R, Kyambo “Hip Hop” Joshua.

At the time, A-L-C didn’t recognize Kanye (despite being aware of his production credits) and assumed he was one of Roc-A-Fella’s R&B artists due to the “jean suit” he was wearing.

“Remember one time I came to see you to play beats,” The Alchemist said while sat across from Kyambo Joshua. “There was somebody on the couch with a jean suit — like a jean jacket and jean pants. I thought it was one of your R&B artists; you had Christión at the time. I didn’t know who it was!”

In fact, The Alchemist didn’t even know how to pronounce Kanye’s name properly. He thought the up-and-coming Roc-A-Fella producer was called “Cognac West.”

“[Hip Hop] told me early on, we got this kid. I thought his name was Cognac,” Al admitted. “He was like, ‘Cognac West.’ I’m like, ‘Who? What?’ You had a bunch of beats from him. I remember he just came to New York. That was an early stage, man.”

The Alchemist also recalled Kanye West following him out of the studio and asking him for production tips – which is when the penny eventually dropped.

The Alchemist’s close friend and collaborator Evidence also had a memorable meeting with Kanye West in the early ’00s. During an appearance on Talib Kweli’s People’s Party podcast, The Dilated Peoples member recalled producing “The Last Call” for Kanye’s seminal debut album The College Dropout, but getting into a dispute with him over production credits.

“[Kanye] and I had a big argument,” he said. “He was like, ‘This is going to be the biggest rap album in history, so we need to talk about when people ask who did what.’ So I was like, ‘How did it go?’ And he was like, ‘You did the music; I did the drums.’