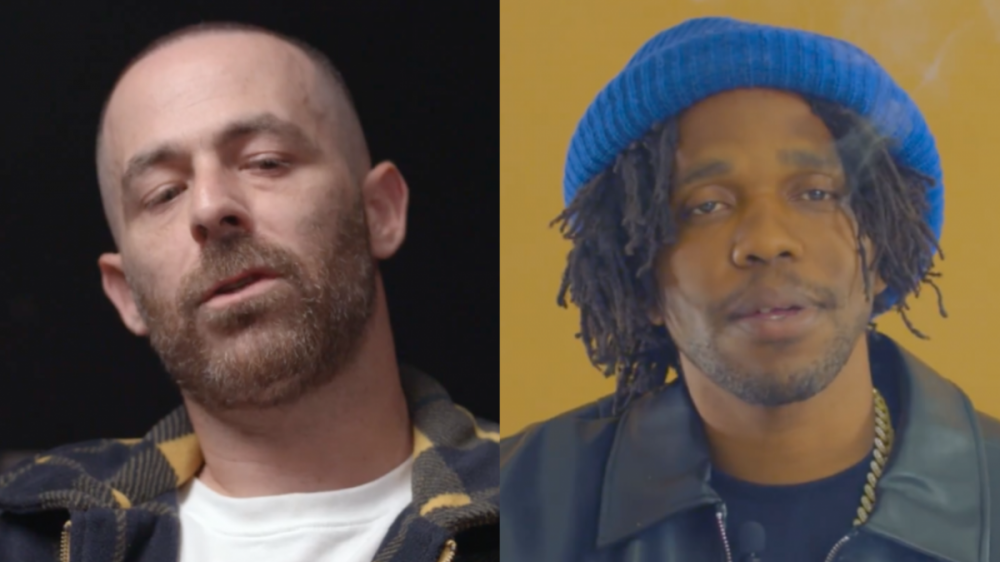 The Alchemist teamed up with Curren$y in 2011 for their collaborative album Covert Coup, but it turns out it almost never came out.

The producer appeared on the Rap Caviar Podcast on Thursday (September 15) and explained that the project nearly got shelved due to samples and Spitta signing to Warner Records (formerly Warner Bros).

“It was with Curren$y, the first Covert Coup,” he said. “We made that when he was in between, had no deal yet. We linked up and we made this record. Then he made a deal while we were working on it for like three albums, and then they wanted to put that one out but it was kinda messy ’cause it had all these sample issues.

“So we were gonna shelve it, like we were not gonna put it out. Spitta was already in the future. He literally was like, ‘How much you need?’ He called me one day and was like, ‘I’ll pay you whatever you want. I just wanna put it out.’ And I was like, ‘Man, are you kidding me? I don’t want no money from you. I love you, but I’m just not used to this. What, are we just gonna put it out for free?’”

He continued: “[Curren$y] said, ‘Listen, let me give it away. I do merch drops and I do real good. We’ll do a collab with Nick Diamond, I know that’s your boy.’ Spitta was just like, ‘I’ll let you eat on the merch.’”

Curren$y and The Alchemist ended up going through with a Diamond Supply collaboration, despite Alc’s initial doubts about doing merchandise.

“I didn’t know what I was getting into,” he admitted. “I’m giving them what is my best beats right now, just because fuck it, this record has my name on it. And so we did the merch, I was kind of reluctant. So they’re selling online and it’s flying, and the Diamond people are showing me the numbers and I’m like, ‘Damn, from just today online?’ They’re like ‘yeah’ and there’s no stock yet so it’s unlimited.

Entirely produced by The Alchemist with features from Prodigy, Freddie Gibbs, Smoke DZA and Fiend, Covert Coup was eventually released on streaming services in May 2021. The pair have gone on to release three more collaborative projects together: 2016’s The Carrollton Heist, 2018’s Fetti alongside Freddie Gibbs and 2022’s Continuance.