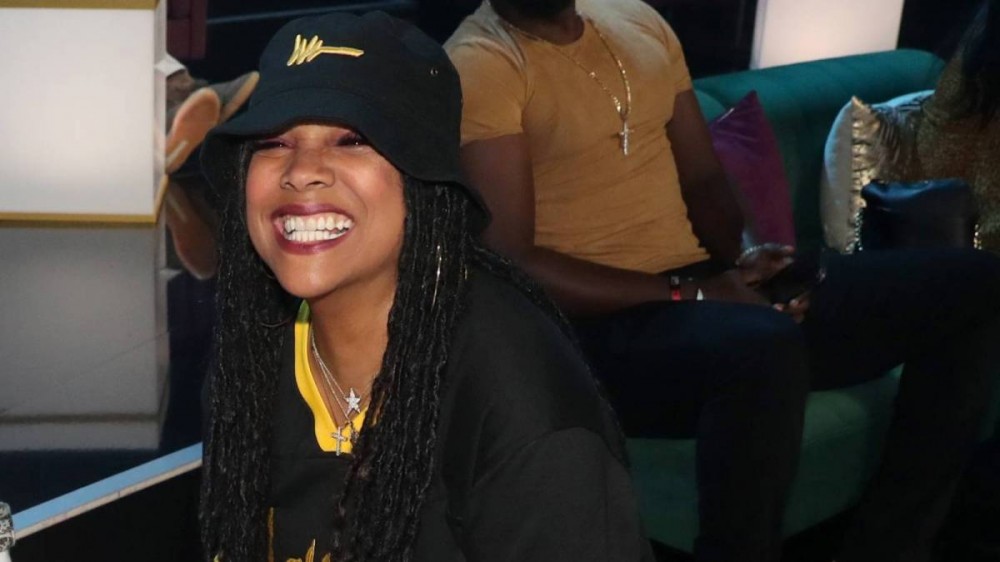 Exclusive – Monie Love rose to notoriety in the 1990s with songs such as “Ladies First” with Queen Latifah and “Monie In The Middle,” becoming one of Hip Hop’s most respected female MCs along the way. Thirty years later, the British-born rapper is currently starring on WEtv’s Marriage Boot Camp: The Hip Hop Edition with Tuff, her partner of over a decade.

In a recent interview with HipHopDX, Monie Love spoke about her decision to do the show but also relived some unforgettable moments from her storied career. One particular memory involves the late Prince who had asked Monie to contribute to his protégé Carmen Electra’s 1993 self-titled album.

In London at the time, Prince didn’t want to stop working on the record, so he flew out his entire team from Minneapolis to continue production.

One evening, Prince was headlining a show at Earl’s Court, an arena in the English metropolis, and Monie Love went along with her young daughter in tow.

“He had a show at Earl’s Court,” she remembers. “I was in London with him because we were working on Carmen Electra’s album. He didn’t want to stop working so he flew everybody out from Paisley Park — his band, everybody that had to be in a show, me, my husband at the time and my young baby. Every night after his shows at Earl’s Court, we would then go to the studio to continue the work that we had started back in Paisley Park, working on Carmen’s album. He’s like, ‘Come to the show,’ so I come to the show, I’ve got my baby on my arm, I’m backstage, and I’m watching him on stage from the side of the stage.

What happened next was completely unexpected.

“During the middle of ‘Sexy Motherfucker’ — and I’ll never forget this — he walked off the stage while it’s still going and hands me the microphone and is like, ‘Go spit 16 bars,’” she continues. “I was like, ‘What?’ I’m like, ‘I’m not prepared. I didn’t know I was going to have to do this.’ He was like, ‘Go ahead, you could do it.’ I’m like, ‘But I got the baby.’ He’s like, ‘Give me the baby.’ So I handed him my baby and I took the microphone, and I went out there and I kicked 16 bars of rhyme. I came off the stage and it was a blur. It was a blur.

“It was just like I went into autopilot and then I came off the stage and he handed me my baby back, took the microphone and went back out on stage and continued. It was crazy. I was like, ‘If I wasn’t me right now, I would never believe that this happened.’”

Monie Love rocked another stage this summer— this time in honor of her longtime friend and collaborator Queen Latifah. In June, Monie attended the 2021 BET Awards in Los Angeles where Queen Latifah accepted the Lifetime Achievement Award.

As part of a tribute to the Hail All The Queen legend, Monie Love, MC Lyte, Lil Kim and Rapsody performed a mash-up of “U.N.I.T.Y.” and “Ladies First,” two of Queen Latifah’s most iconic songs.

“I was in my zone,” Monie says of that night. “It was so much fun. I think I had more fun than you guys even watching. I was like a big kid.”

As Queen Latifah watched from the audience, Monie Love couldn’t help but notice the expression on her face.

“That’s part of what made the performance so much fun to for me was looking at her face,” she says. “Oh my gosh. When the camera flashed on the face, you could see she wanted to get up out and come on the stage with us. You could see it in her face.”

Check back soon with HipHopDX for Part II of the Monie Love interview.