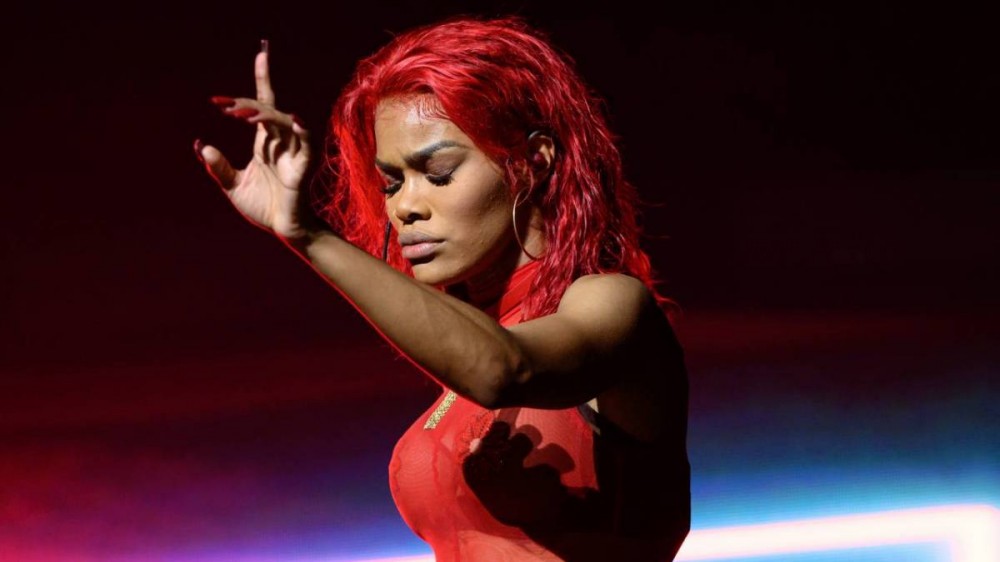 Teyana Taylor was forced to press pause on her The Last Rose Pedal Farewell Tour after being hospitalized over the weekend.

Taylor apologized to her fans for having to cancel her Connecticut show date in an Instagram post on Sunday (November 28) and explained that her body had been in the process of shutting down.

“Thank you, thank you, thank you so much for all the warm love, sweet videos & prayers from my CT rose petals…. I love y’all,” she wrote. “Thank you for being so understanding. Y’all know Petunia don’t miss no shows & most importantly, know I’ve been leaving it all on tha stage for a month straight 1000%. So I am really saddened to have not been able to do the same for you last night.

“My team & I tried everything down to the very last second to get me out on that stage, but my body simply just gave out, which actually started a few days ago. SHUT DOWN, my body actually low key betrayed me cause ah bitch was tryna get on that stage.”

There was an outpouring of support in Teyana Taylor’s comment section from the likes of T.I., DreamDoll, JT, Erykah Badu, Lori Harvey, Macy Gray, LaLa Anthony, Snoh Aalegra and more.

Spike Tee also announced that fans will have the option for a refund, although the Connecticut show is going to be rescheduled. Taylor will take the next few days to rest up and get back to 100 percent, but she didn’t clarify anything regarding Tuesday’s (November 30) Atlanta show.

Taylor is set to hang up her mic with this tour being her last as an artist, which she’s said was a result of feeling underappreciated by G.O.O.D. Music. The Harlem native had other health issues this year when doctors discovered lumps in her breast in August and performed emergency surgery before allowing her back on the road this fall.