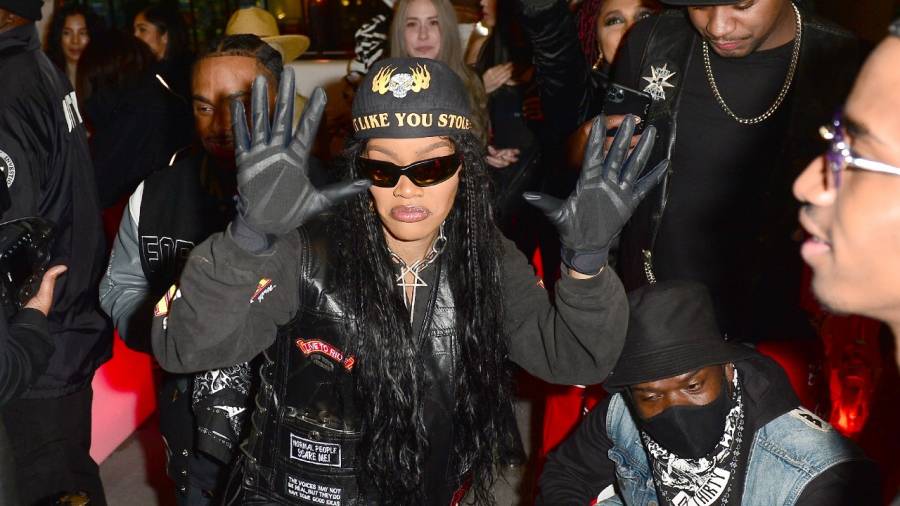 Teyana Taylor’s husband Iman Shumpert did what no other former NBA player did on Dancing With The Stars — win the whole competition.

On Monday (November 22), Shumpert and his dance partner Daniella Karagach Pashkova were crowned the champions of season 30. The duo’s dance routines blew fans away every week, but some believe Shump had a bit of extra help at home.

As soon as word got out that Shump was the new king of Dancing With The Stars, people ran to Twitter to get their jokes off regarding his monumental win. The former shooting guard is married to Teyana Taylor, who happens to be a dancer/choreographer on top of her successful career as a singer-songwriter — despite her feeling underappreciated at Kanye West’s label G.O.O.D. Music.

Fans felt Shumpert wasn’t that elite of a dancer to sweep away the competition the way he did this season, so people pointed fingers at Taylor. According to the general assumption on Twitter, Taylor was at home making sure Shump didn’t miss a step before competing on live TV.

“I know Teyana was at home making sure Iman got his routines right each week,” one fan wrote while another said, “PUURRRRRR. He had no other option. Teyana said win or dont come home.”

I know Teyana was at home making sure Iman got his routines right each week😂#DWTS pic.twitter.com/KIKF2NqnBt

PUURRRRRR. He had no other option. Teyana said win or dont come home. https://t.co/i5Ctr05sjC

A third person said the practice probably bled into Taylor’s home studio where pushed Shump to his limits tweeting, “Teyana prolly had him in the studio every day like ‘BOOM KACK BOOM KACK KACK’ and it paid off. love that for them.”

PUURRRRRR. He had no other option. Teyana said win or dont come home. https://t.co/i5Ctr05sjC

In an interview in September, though, Iman Shumpert explained the reason for his excellent run on the show was a result of his talented dance partner Daniella Pashkova.

“Rehearsals are going good. I think that having the partner that I have is making it really easy,” Shumpert said. “She’s fun, and I think she does a really good job of understanding where my comfort zone is and doing a lot of the choreography that I’m able to look good rather than look like I don’t know what I’m doing out there.”

Last year, Nelly tore down the house on Dancing With The Stars after attempting and executing a standing backflip during his first routine. Unfortunately, Nelly finished in third place.

Check out more reactions to Iman Shumpert’s victory on Dancing With The Stars below.

This is why @imanshumpert @TEYANATAYLOR & Daniella won the #DWTS #DWTSfinale Chicago “FootWork” STAND TF UP WE WAS LIVE TONITE! 🔥 congratulations 🏆 pic.twitter.com/g5ENb9nUrw

You can’t be married to Teyana Taylor and not know how to dance.@imanshumpert did that 👏🏾👏🏾

Teyana Taylor had Iman Shumpert up late nights practicing! He was bound to win! 😂 he was not about to embarrass our good sis on national television.

I know Teyana was at home rehearsing with him RUN IT FROM THE TOP AGAIN, 5678 https://t.co/LbBqO8mgsg

You already know Teyana was making sure his moves were crisp like she Joe Jackson. https://t.co/DDZXGDirS6