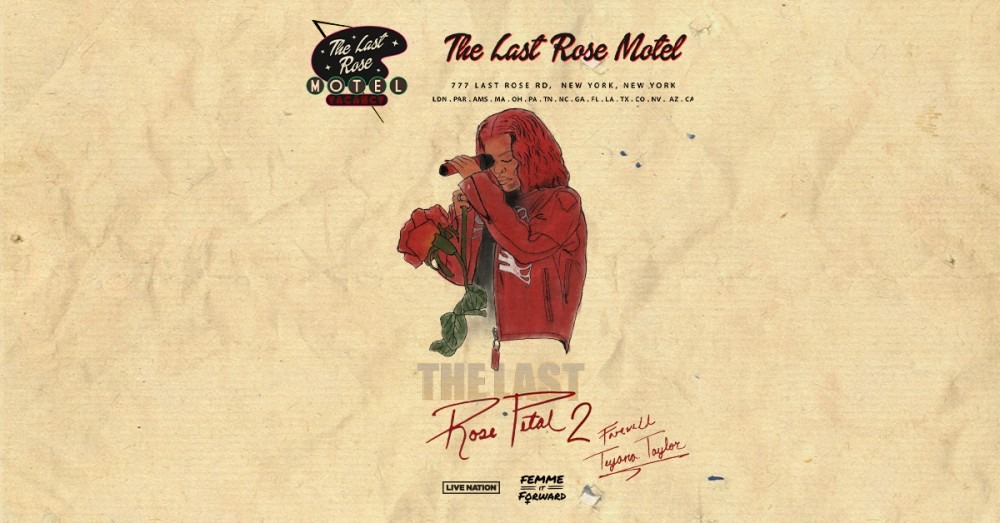 Teyana Taylor has announced The Last Rose Petal 2… Farewell Tour, which will be her final tour. The 18-city tour, produced by Live Nation and Femme It Forward, kicks off on Wednesday, August 3rd at the Hollywood Palladium in Los Angeles, CA, and will stop in Las Vegas, Atlanta, Miami, and other cities across the US before heading to Europe and finishing on Thursday, September 8th at the Bataclan in Paris, France.

“I kept my promise… I told you I would come back for you #TLRP2 is here! Come out and watch me, leave it all out on the stage… One last time… Just for you & as my last rose petal falls…” Teyana wrote on Instagram.

She then left an additional message: “P.S. make sure y’all get y’all tickets early cause I don’t wanna hear y’all asses complaining about shit being sold out!”

You can see the full show dates below.