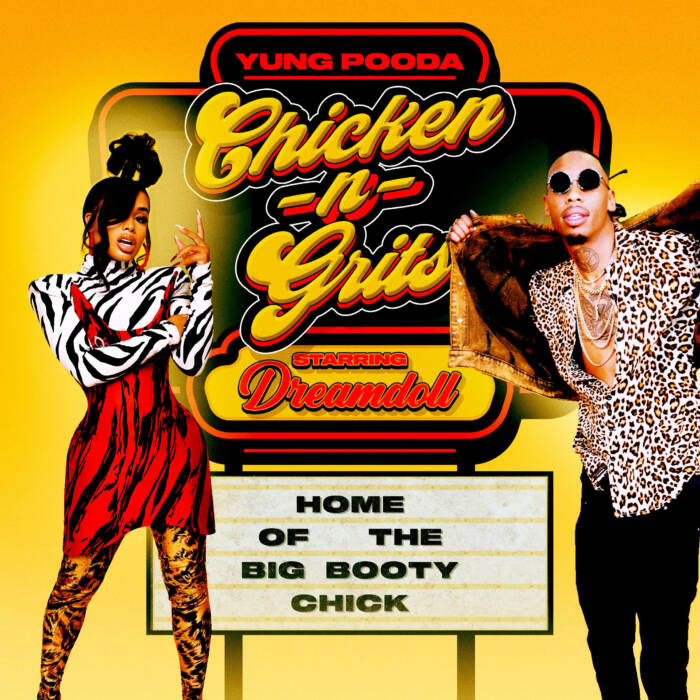 Pooda recently connected with Dash Radio and had this to say referencing the inspiration behind the hit record and video: “Chicken and grits is me. I’m coming from the South—the dirty South—and I want people to know how we do it and bring that element of culture back to the way we do music and visuals.”

The Cool & Dre [JAY-Z, Beyoncé, Nas] produced track serves as the 2021 heavy-hitting, club-ready banger everyone has waited for. It brings the flavor of the good ol’ South globally and will impact Urban/Rhythmic radio at the end of the month. Praised by Flaunt Magazine, Revolt TV, Hip Hop DX and more since the audio track release, “Chicken ‘N Grits” has now taken on a life of its on via Tik Tok with over 19.5M views and 8,000 user uploads on the platform as it serves as the official anthem for whipping up food and fun.

Pooda gears up for his highly-awaited debut Vivid Pictures, which is on the horizon. The forthcoming debut project is heralded by the release of his multi-million streamed debut single “Repeat Dat,” which charted the Top 50 Urban and Rhythmic charts and overflows with 2M+ views for the official video via Youtube. Pooda also released a powerful, stand-alone single “Lies Told” this past September. Bossip described the track as a “banger”, and BET Jams favored the single as their #1 pick for their ‘Fresh Face Friday’ lineup. He received acclaim for his unapologetic address of the social climate in his own organic way and proved his versatility in artistry by channeling several creative spaces. The stripped-down visual is rapidly approaching 1M views via Youtube.