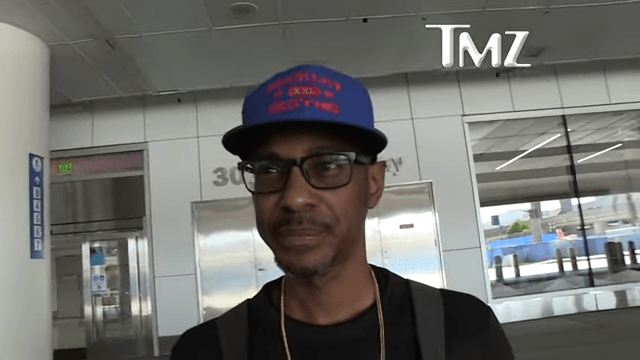 Tevin Campbell recently stunned the audience at Usher’s Residency in Las Vegas with a surprise performance of his classic “Can We Talk.”

Fresh off the appearance in Vegas, TMZ tracked down Campbell at LAX and asked him about his time with Usher. During the conversation, Campbell was pressed on who was the “King of R&B,” a title that people have awarded Usher recently.

Campbell would agree but says R. Kelly would stomp all over that if he was not locked up. After initially resisting the comparisons of artists and giving some love to the likes of Marvin Game, Campbell shared a name after the reporter mentioned VERZUZ opponents.

“There’s R. Kelly,” Campbell said.”R. Kelly has a lot of hits, and he wrote all of them. When I think of someone with a lot of hits, I think of R. Kelly. Not only his hits, but he has written for so many other people.”

He would add, “That whole VERZUZ thing is great I just don’t believe in the competition.”