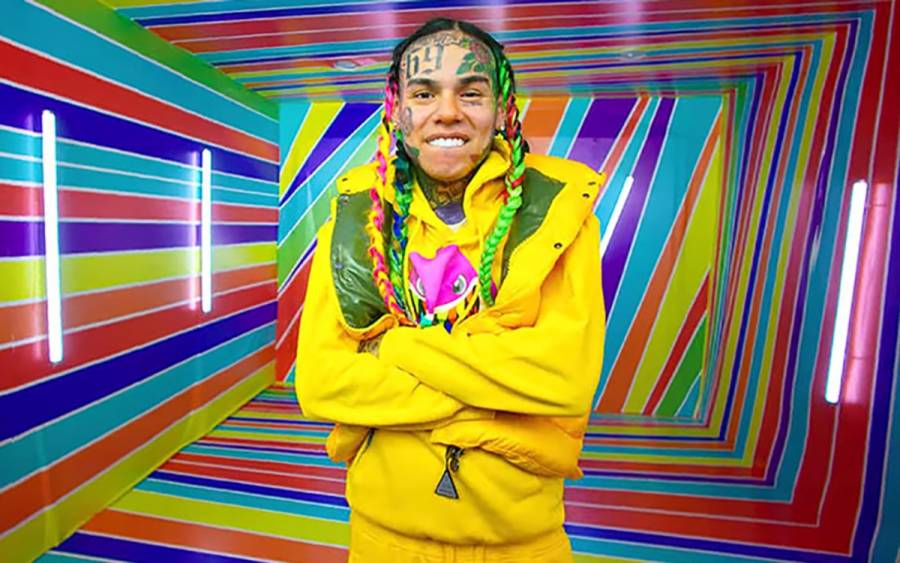 Tekashi 6ix9ine was evidently looking to get in shape — but not the old-fashioned way. According to The Shade Room, who recently spoke to the controversial rapper, the 24-year-old Brooklyn native overindulged in caffeine and took one too many Hydroxycuts, the powerful diet pill.

“Tekashi was hospitalized two days ago in Florida after he had 2 Hydroxycut pills instead of the recommended 1 per day, which increased his heart rate and caused him to sweat excessively,” the post reads. “Tekashi tells us that this, along with drinking a McDonald’s coffee.”

6ix9ine’s ride-or-die DJ Akademiks confirmed the story on his Instagram page, noting he was already out of the hospital and back to exercising.

“This is true,” he wrote. “lol he finally realizes he needs a trainer not no CVS products. Talked to him today tho. He was on the track running n in good spirits. He’ll be back soon.”

This is true.. lol he finally realizes he needs a trainer not no CVS products. Talked to him today tho. He was on the track running n in good spirits. He’ll be back soon. Cc @theshaderoom

6ix9ine was released from prison in April after a judge granted him a “compassionate release” over coronavirus concerns. The “TROLLZ” artist admitted he gained “a lot of weight” while behind bars and was over 200 pounds at one point. Although he’s lost 25 pounds, his goal weight is his pre-prison weight of 150 pounds.

The notorious internet troll has been eerily quiet since his sophomore album TATTLETALES was deemed a flop last month. Prior to its release, 6ix9ine had been blasting his peers for their low album sales but was served a hot slice of humble pie when his project debut at No. 4 on the Billboard 200, selling roughly 100,000 units less than originally predicted.