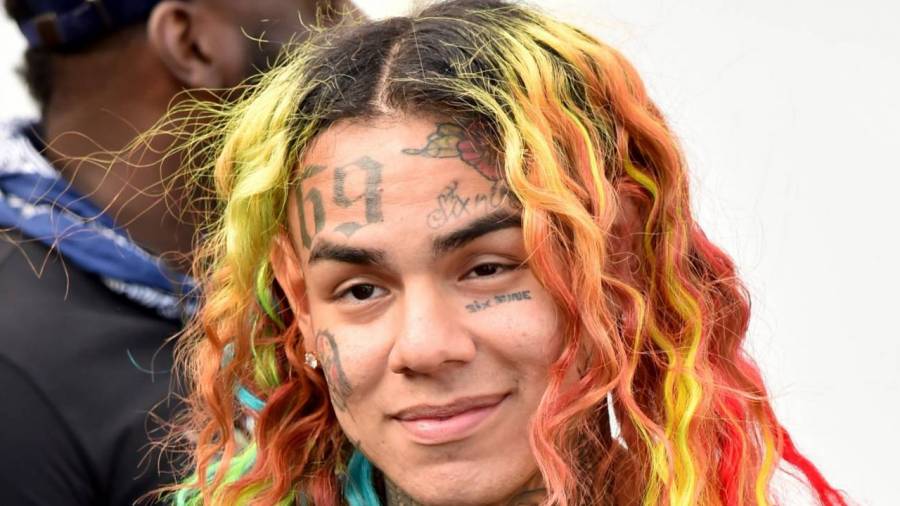 The story of Tekashi 6ix9ine is as polarizing as it gets in rap. Since 2018, 6ix9ine went from a burgeoning rapper on the Billboard charts to facing life in prison on racketeering charges. Hulu decided to turn his life’s story into a documentary titled 69: The Saga of Danny Hernandez, which hit the streaming provider on Monday (November 16).

A synopsis for the film explains the doc “unpacks the life of polarizing rap sensation and internet troll Tekashi69. One of the most controversial figures in contemporary pop culture, 69 repeatedly broke the internet with his sensationalist music videos and social media beefs before infamously testifying against Brooklyn gang the Nine Trey Gangsta Bloods in a landmark trial.”

The Vikram Gandhi-directed documentary features contributions from numerous people who were around 6ix9ine when he was just a kid in Brooklyn and before the fame, including his ex-girlfriend Sara Molina.

6ix9ine was granted a “compassionate release” from prison in April due to the ongoing coronavirus pandemic. He finished his sentence under house arrest, which expired in August.

In September, he returned to the spotlight after spending nearly two years behind bars thanks to a favorable plea deal with the release of his TattleTales album featuring assists from Akon and Nicki Minaj. The project debuted at No. 4 on the Billboard 200.

A separate docu-series surrounding the rainbow-haired rapper is also in the works with SHOWTIME. Supervillain: The Making Of Tekashi 6ix9ine received its first trailer in October and is expected to be released in 2021. The three-part series features a post-prison interview with the embattled Brooklyn rhymer.

Until then, watch the Hulu trailer above and find it here.