Teka$hi 69's trip to Minnesota for the Super Bowl was marred by violent incidents inside and outside his shows.

Things will continue to be rocky for the New York rapper when he returns east.

69 was supposed to do a show in Easton, PA this Friday.

However, that's been canceled because the venue, One Centre Square, learned more about 69's 2015 plea deal to three felony counts use a minor in a sexual performance.

69 got a three year suspended sentence as part his plea. If he isn't able to get his GED he will have to serve the sentence.  He has until April 10th to pass it.

For now, he better hope more venues don't follow One Centre Square's lead and cancel him. 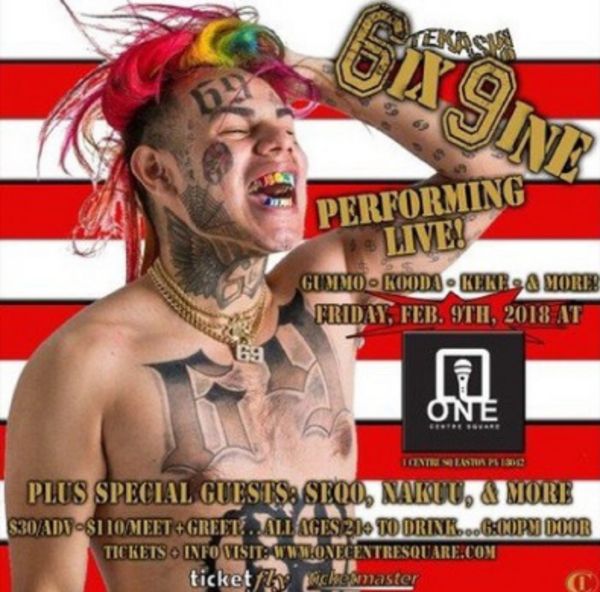