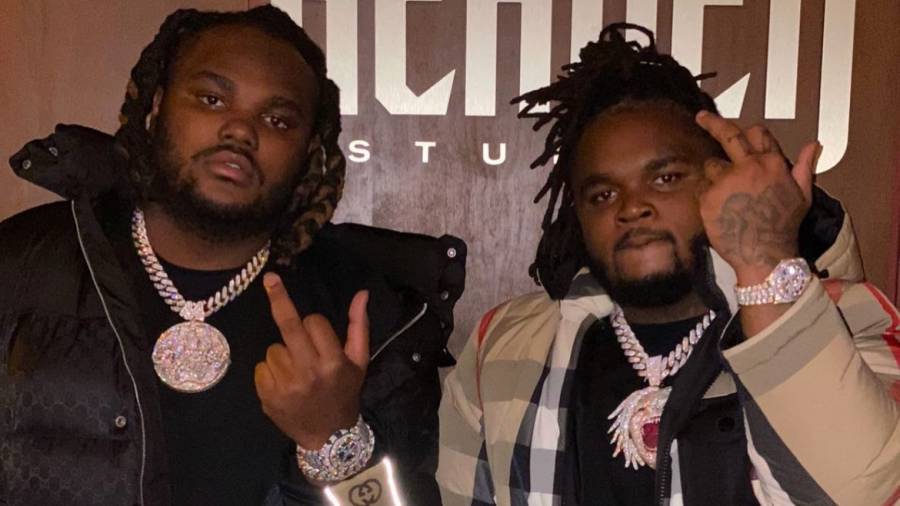 After clocking in over 1.1 million views with the new visual to the collaborative “Gave That Back” single with his older brother Tee Grizzley, Baby Grizzley, born Marcellus Wallace, has been indicted on a federal gun charge. The indictment comes four months after Grizzley welcomed home his younger brother after serving five years in prison for a robbery.

Wallace and another man, Nolan Dasgupta-Francis, aka “Nolo,” were hit with a charge for felony possession of a firearm. If found guilty, both men could be serving up to ten years in federal prison.

The possession charge came from an incident on December 8 when law enforcement personnel stopped Wallace and Francis riding in a car, State Department Corrections spokeswoman Joelle Craddy told The Detroit News via email.

Inside the vehicle were firearms, an open alcohol container and marijuana. The weapons found were a .45-caliber gun in the car and another of the same type on Francis. Wallace pleaded guilty to having the open container and had a parole board hearing scheduled for January 13, but Caddy wrote it was adjourned due to pending criminal charges.

The situation is unfortunate for Grizzley, who had also celebrated his mother Latoya Perry’s release from prison on a drug conviction in December. Grizzley was happy that his family was finally getting back together after so many years apart, but that proved to be a short-lived moment.

The Detroit rapper posted a picture of his brother’s mugshot with an emotional message in the caption upon hearing the unfortunate news that read, “Free Bro this Shìt just crushed me but ima hold this shit down like I been doing my boy I got us @babyygrizzleytd ‼”