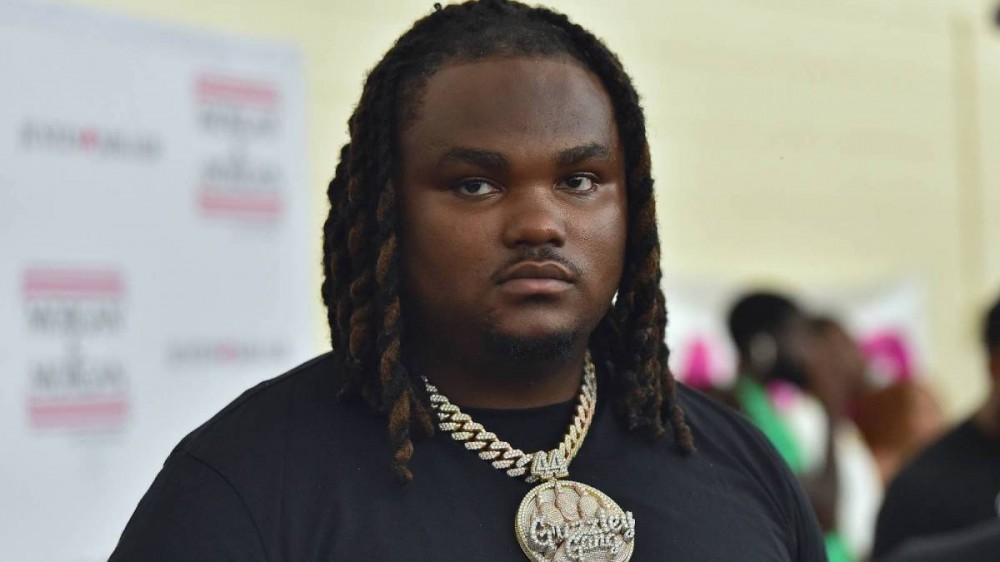 Tee Grizzley is dealing with the aftermath of a break-in during which burglars robbed him of over $1 million in cash and jewelry.

The robbery happened about two weeks ago, but thankfully neither Tee nor anyone in his family were home at the time. According to TMZ, law enforcement officers said the thieves entered his home by smashing a window.

The home is located in the affluent Los Angeles suburb of Porter Ranch, the wealthiest neighborhood in the San Fernando Valley. While the value of the stolen jewelry is well over $1 million, authorities could not confirm exactly how much cash had been stolen from the house.

Ironically, the timing of the break-in coincided with the arrival of his single “Robbery” on all streaming platforms. The Detroit-native also announced at the time that a fourth part in the series was on its way.

ROBBERY 1 is finally on streaming so go run that up and I know y’all been waiting for Part 4 so stay tuned cuz that’s coming REAL soon and it’s only the first CHAPTER OF THE TRENCHES by Tee Grizzley 📕✍🏾🐻 pic.twitter.com/qSfNURgdcr

“ROBBERY 1 is finally on streaming so go run that up,” he wrote on Instagram, “and I know y’all been waiting for Part 4 so stay tuned cuz that’s coming REAL soon and it’s only the first CHAPTER OF THE TRENCHES by Tee Grizzley

The first three parts of this elaborate story in were released as visuals on YouTube in April. “Robbery 4” was released on Tuesday (September 13), just one day after PnB Rock – to whom the video is dedicated – was shot in L.A. by thieves who ambushed him at Roscoe’s Chicken and Waffles.

The two artists not only worked together, but shared a close personal bond. Since losing his friend, Tee Grizzley has shared photos of PnB at his wedding. And on the day he was killed, the rising Philly star was one of several artists to congratulate Tee and his new wife Myeisha Agnew as they revealed that they offered fans a first look at their ceremony and reception.

The couple, who share a son, have not confirmed the exact date on which they tied the knot. In January, Tee Grizzley shared news of their engagement with photos of his elaborate proposal, which found him kneeling in a bed of rose petals as violins serenaded his would-be bride.

Meanwhile, Tee Grizzley recently detailed how a lucrative video game hustle pays up to $25,000 per month.

During a recent visit to the Million Dollaz Worth of Game podcast in July, the Detroit rapper spoke about Grizzley World, a Grand Theft Auto V server he launched that allows players to do whatever they want with various customizable options.

According to Grizzley, he monetized the game through a network of subscribers, who are also using it to stay out of trouble.