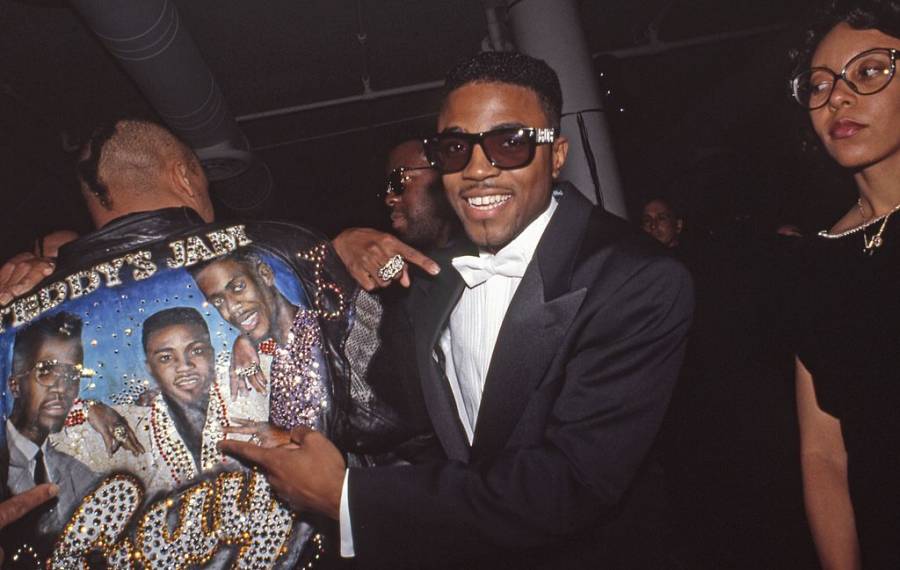 The marked and meteoric fall of Death Row Records happened almost as swiftly as the unanticipated rise the gangsta rap imprint had just a few short years earlier. While legendary producer Teddy Riley was emblazoning his imprint on a new generation of fans with singles like Blackstreet, Mary J. Blige, Ma$e and more, his West Coast counterpart and “No Diggity” co-creator, Dr. Dre was about to make a change that would impact the future of Hip Hop.

Dre left Death Row Records for good in 1996 and though they had the skilled hands of DJ Quik, Daz Dillinger and Johnny J holding it down for their A-list artists, the company was still looking to fill the executive void left by the label’s original co-founder.

Infamous Death Row boss Suge Knight approached Teddy Riley to sow up that crack in the foundation and keep the juggernaut imprint from what seemed like an impending collapse. Then in the span of a couple of years, 2Pac died, Snoop Dogg left (while letting them get the “Doggy” in the divorce) and what remained was the equivalent of the Cleveland Cavaliers after LeBron James and Kyrie Irving left: desolate and desperate.

The Audible Reality ambassador and sound architect behind names like Michael Jackson, Prince, Guy and many more says Death Row’s reputation made the idea of working with the label a non-starter.

“Suge wanted to partner. I didn’t wanna do that,” Teddy told HipHopDX in the third part of our interview. “I wasn’t afraid of it, cause I’ve dealt with his mentor, which was Gene Griffin. That was my godfather. I just didn’t want go back down that lane of dealing with gangsters and things like that. I came from that life, I was once in that life, and I desired not to be back in that. I felt like that would have been a step backwards,” he added.

On the surface, the magnanimous offer seemed like an opportunity to work with the West Coast’s elite talent but the industry had been talking and the rumblings of a mass exodus from the label sealed his decision.

“I think [the offer] only happened because of Dre leaving. That’s how I got Dre on ‘No Diggity,’” noted Teddy. “I guess 2Pac was in the midst of leaving, but he was still with Suge and did [‘Toss It Up’] with Jodeci and Aaron Hall. So I guess that was a shot against [me, Jimmy Iovine and Dr. Dre], letting us know that he’s still got those guys on his side. I was still doing what I was doing with Jimmy and Dre. It was a crazy situation.”

Though he did not get a chance to work with Snoop in the Death Row days, the “No Diggity” producer did team up with The Doggfather and DJ Quik to form the writing and production team QDT, which worked heavily on Snoop’s album Ego Trippin’. Unfortunately for fans, Teddy says a reunion is not likely unless Quik and Snoop want to take a trip to Africa where he will be moving to pursue more tech ventures.

“As we stand right now, Snoop is doing his thing, Quik is doing his thing, I’m doing mine and I don’t know if that’s gonna happen unless they come to Africa,” Teddy said. “It would be so much better in the studio now that I explore the lifestyle of Snoop Dogg I can now work with him and we can get a serious vibe,” he added, eluding to Snoop’s love for weed.

Released in 1996, “No Diggity” served as the perfect fusion of trending Hip Hop and R&B, knocking the “Macacrena” of all songs out to claim the top Billboard Hot 100 spot and jet to a platinum plaque.

As for the producers that the “Rump Shaker” producer feels are carrying the torch for the new generation, he says the future is in good hands.

“I like DJ Camper, Honorable C.N.O.T.E., Kid Hazel and Hit-Boy, I like all his music,” Teddy noted. “They’re all unique and it seems that they all somewhat come from church with their cadence. Their swag is unique and I hope to work with each one of them at some point. Ayo N Keyz too. These are dope guys. Not just with hip hop. With anything. They can go.”