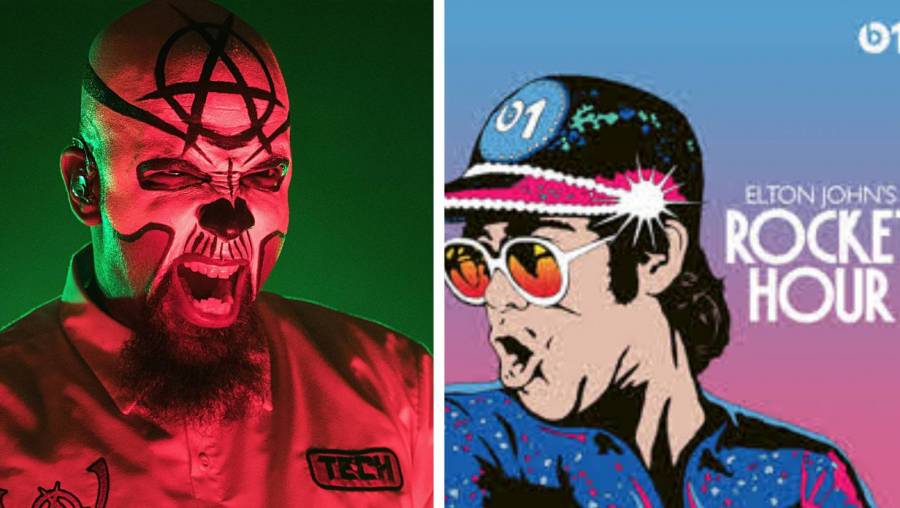 With 21 studio albums to date and several millions of independent records sold, Tech N9ne and his Strange Music imprint has been fodder for constant music industry conversation, primarily because his success has eschewed all the glitz and glamour of big-scale visibility.

In a new interview on rock ‘n roll legend’s Elton John’s Rocket Hour Apple Music 1 podcast which aired on Saturday (December 5), the proud Kansas City rapper was given his props from one of the biggest artists to ever grace a microphone.

Got to talk to @eltonofficial FINALLY! 😁 Twas SUCH a pleasure! Y'all be sure to check it out!

An appreciative Tech N9ne confirmed the Rocketman’s research before he proceeded to shower his 30-year career with positive critiques and praise.

“What I love about your records, the production on your records is so brilliant,” Sir Elton exclaimed. “I think, some of the best-produced records I’ve ever heard. The sound and the bass and everything about them. And you have a style of your own. And what pisses me off, sorry to say that, is I think you don’t get the acknowledgment you deserve. Because I think you are truly one of the greats.”

Tech N9ne and Sir Elton’s musical admiration for one another dates back several years. In March 2017, the “Tiny Dancer” singer went viral looking for Tech records in a Canadian record store, alarming droves of fans and even Tech himself that he was on the radar.

“That was so crazy, man,” Tech N9ne told HipHopDX at the time. “It’s validation that people think I do beautiful music just like they do. Somebody of that magnitude who’s a genius of music for so many years and still relevant today makes me feel real good inside, and lets me know I’m truly going the right direction. I always knew I was going the right direction ’cause I showed them my heart, but that kind of validation just makes you smile inside.”

Sir Elton’s career dates back all the way to the 1960s when captivated audiences with enigmatic costumes and stage shows and later became one of the first openly gay musicians to really command the charts. To date, he’s sold more than 250 million albums worldwide, 100 million singles, and holds five Grammy Awards and two Academy Awards in his trophy case.

The parallel dynamics of Tech N9ne’s success versus his commercial viability has been dissected for years by HipHopDX. See below for a rewind of the 2016 videditorial “Tech N9ne: The Greatest Rapper Of All Time,” which chronicles the Strange Music pantheon and includes commentary from fellow Hip Hop mogul Master P.