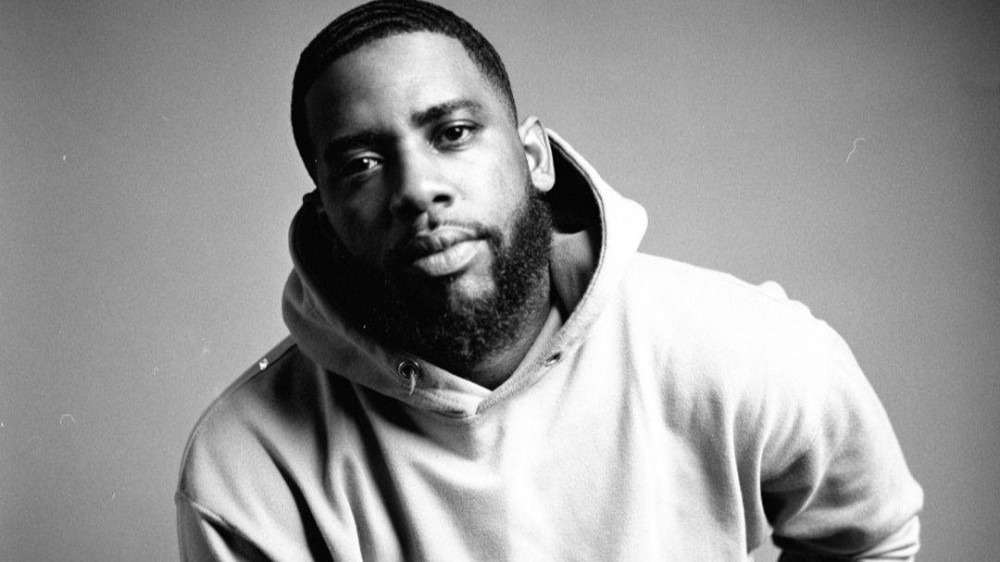 There are rappers in the industry who release a song that become so popular amongst fans that it becomes a full-on series. Drake has his “AM/PM” series, Rick Ross has six different parts to “Maybach Music,” and Meek Mill rapped the tale of Tony Story across three installments. Song series is a staple in Hip Hop, and the trend is going to continue well-on into the future.

One of the new artists in the game who has already started his own series is catching a lot of buzz off it. In 2018, REASON unleashed “The Soul,” his first single as a signed artist. The record introduced the world to TDE’s newest rapper at the time and quickly became one of his fans most favorite songs. It was only right that REASON gave the song a sequel, and in 2020, the Carson native dropped “The Soul (Pt. 2).” The record kicked off the next chapter in REASON’s young career and had a lot of people tuned in to what he was saying on the track.

“Those records are like a time capsule of where I’m at mentally. They’re my most honest records. You’re not going to find more honesty in no REASON records besides those records,” REASON tells HipHopDX. “That’s just kind of where I was in that space in my life, and I feel like it was important to write that record.”

“It’s funny because I didn’t think now was the best time to drop that. I felt like last year when I wrote the shit was the best time to drop it. But we had talked about maybe not letting it go,” REASON continued. “But I felt like I had to drop it for my fans. Like, the ones that really, really rock with me, and want to know what’s going on and stuff like that. I never would want to short them of an experience or a situation just because the timing isn’t right for it.”

One of those experiences that listeners caught on to where some bars that mentioned Logic and the culture vulture claims. Fans automatically assumed the name drop was a diss aimed at the No Pressure rapper, but REASON tells HipHopDX that wasn’t even the case.

“Me personally, that’s not a diss, and I didn’t think that it was going to be perceived that way,” he explained. “If I thought it would, honestly, I wouldn’t have done it because I’m not into taking shots just to take shots at a nigga. That’s not me.

“It’s just small wordplay, and reasoning is close to logic. That’s really as deep as I thought about it. It’s really just a lesson learned that we’re in a different day and age, and rap is different. It’s a little bit more sensitive.”

Rumors of beef aren’t the only things that REASON’s “The Soul” series cooked up for him. It’s bringing him closer and closer to getting the biggest collaboration of his career.

Fellow labelmate Kendrick Lamar has his song series with 4 different installments to “The Heart,” and fans have wondered if the two had gotten work done in the studio for a collaboration given the similarities both songs share. When asked if there’s was a chance “The Heart and Soul” would see the light of day, REASON said it’s possible but more work needs to be done before something special like that was going to happen.

“It’s in the air right now, but we spoke about it, and Dot acknowledged that he thinks it’s a great idea,” REASON say. “But along the same lines of, which I feel him on like I approach that situation as a fan. I was like, “Yo, I’m doing this, I think it’ll be dope if we do the heart and soul.” He agreed with it, but at the same time, it’s more of like I have to do more so people will want to hear it if that makes sense.

“As of right now, if we were to do it, there’s a lot of people that will want to hear it from my perspective, but 90 percent of people are going to want to hear just because Kendrick is on it. You get what I’m saying?”

“I think it’s something that will happen, and I’ll be looking forward to it. I think it’ll be iconic from a rap standpoint to me personally,” REASON said confidently. “I don’t think that you’ll get that from anywhere else. So, I’m excited about it. I just got to keep on making my mark and building up.”

Check back for more of our conversation with REASON.