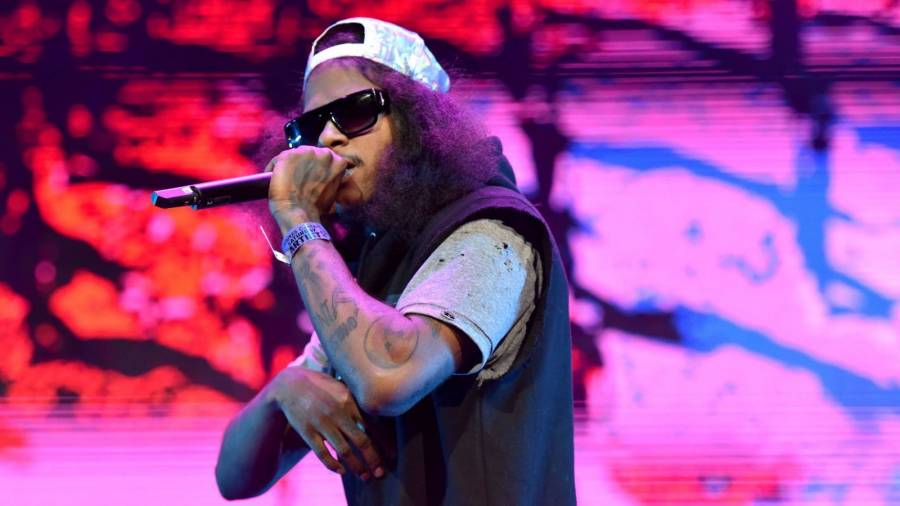 Top Dawg Entertainment president Terrence “Punch” Henderson is one of the only members of the TDE camp who stays relatively active on social media. And considering the imprint only released one project last year — REASON’s New Beginnings — it’s safe to say they’re due for some new music.

While Hip Hop fans salivate at the thought of another Kendrick Lamar album, fellow TDE artist Ab-Soul is hard at work on his follow-up to Do What Thou Wilt. In the wee hours of Saturday morning (January 16), Punch provided a little update on the project via Twitter while revealing a strange tidbit about Soulo’s recording process.

“In the studio with @abdashsoul,” he wrote. “My Mans got duck tape covering the cameras on his iPhone. Lol.” He quickly corrected his spelling with “duct” in a separate tweet.

In the studio with @abdashsoul. My mans got duck tape covering the cameras on his iPhone. Lol

Some of those in the comment section noted covering up cameras wasn’t all that strange for artists considering they want to keep their work as top secret as possible.

But unfortunately for Ab-Soul’s fans, that’s where Punch’s updates stopped and he provided no further information on a potential release date, single release or anything of the ilk.

He did, however, tease a fan who asked (again) when Kendrick’s next album was dropping with, “From this point forward I’m going to say the first date to pop in my head whenever y’all ask. How bout dat?”

From this point forward I’m going to say the first date to pop in my head whenever y’all ask. How bout dat? 😊 https://t.co/6AgfEOtWDS

TDE CEO and founder Anthony “Top Dawg” Tiffith stoked the flames last November when he shared a cryptic post to his Instagram Stories. The video clip showed a film crew wrapping up and applauding while a voice in the background congratulates everyone on set. The caption read, “IT’S A WRAP! GOOD JOB.”

Fans of the label quickly assumed the video had something to do with Kendrick, SZA and Ab-Soul considering how long it’s been since they’ve released any albums. Kendrick’s Pulitzer Prize-winning album DAMN. was released in 2017, the aforementioned Do What Thou Wilt. arrived in 2016 and SZA’s CTRL also dropped in 2017.