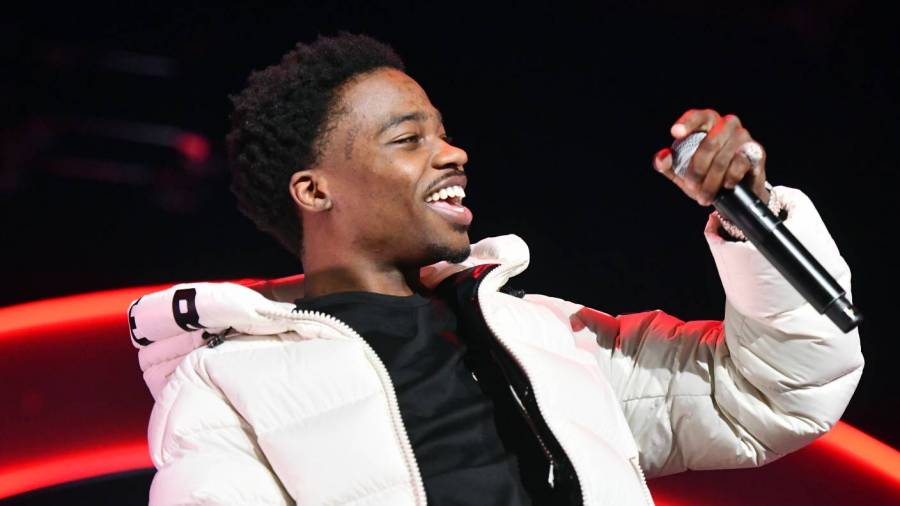 Roddy Ricch doesn’t want to get caught up in the process of releasing too much music too quickly. The Compton-bred rapper recently revealed he could drop a new album at any time following the chart-topping Please Excuse Me for Being Antisocial, but instead, he’s waiting for the perfect moment to strike.

In a Variety interview published on Wednesday (December 2), the 22-year-old star opened up on his thinking behind creating quality music that reflects his life.

“The music isn’t gonna be progressive when you’re putting something out every three months, because you ain’t been through nothing; you still feel like how you felt when you [last] dropped the music,” he said. “To me, stuff doesn’t happen in my life every single day. Maybe for some people it does, but my life don’t happen that fast. I have to give myself time to actually go through things so I can speak on it, and have a new understanding of life. It’s not like I make music that’s not my life, so I feel like I need to give my life time to inspire me.”

Top Dawg Entertainment president Punch responded to a tweet about the interview by saluting Roddy for his mindset. As someone who’s worked closely with fellow Compton artist Kendrick Lamar on his way to becoming a global star, he knows a thing or two about what it takes to be successful.

Punch then responded to a follower saying the process is different for every artist. “I think it really depends on your impact,” he explained. “It’s no general answer that covers everything.”

Maybe. I think it really depends on your impact. It’s no general answer that covers everything.

Punch isn’t the only one with admiration for him. During a conversation for Rolling Stone on Tuesday (December 1), Future told Roddy that if he had the chance to start his career again, he’d take more time with releasing music — just like he’s doing.

“Man, if I went back to 22, I would slow down, listen more, observe more, instead of moving so fast,” he said. “I like the way you’re taking your time with everything, critiquing the art. I might have missed something that I could’ve painted better, [but] I skipped over and went to the next thing … dropping three mixtapes in three months. Moving too quick.”

Elsewhere in the Variety interview, Roddy Ricch talked about focusing on his own thing and not wanting to emulate big names like JAY-Z and Drake.

He continued, “It’s like thinking about Michael Jordan, LeBron James and Kobe Bryant — you can’t compare them, because they came up at three different points in time, they had to play against different people, people’s mentality was different. So I just do my own thing, honestly. I can’t say, ‘I want this man’s life,’ or ‘I want this man’s career,’ because that’s envy, and envy is a sin.”