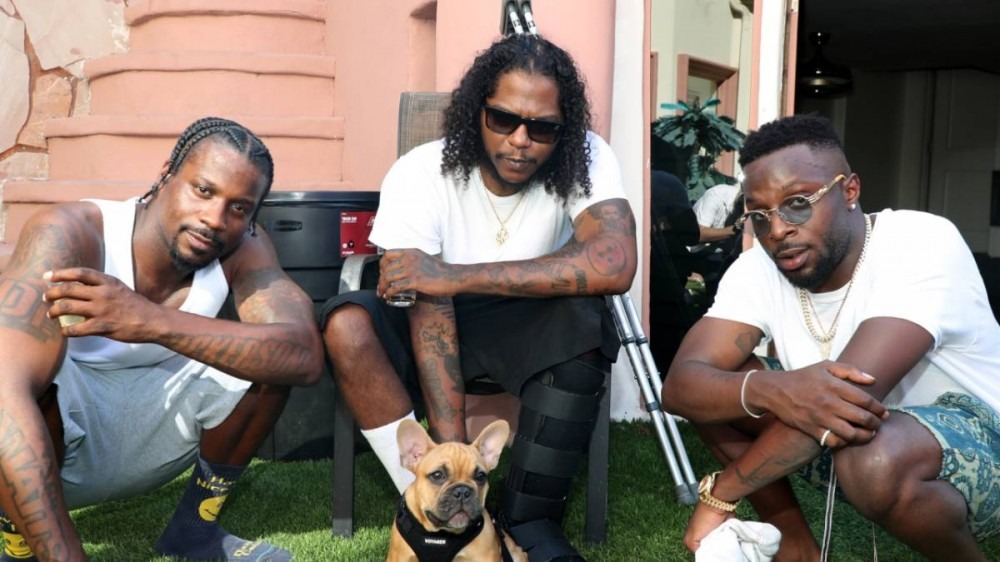 A Top Dawg Entertainment album could be in the works, at least according to the label’s president, Terrence “Punch” Henderson.

During a Q&A with his sizeable Twitter following on Wednesday (May 4), Punch was asked if TDE will ever release a “label album,” to which the veteran music executive simply replied, “Yes.”

However, Punch didn’t specify whether it would be a project featuring all-new music from the label’s roster or a compilation of previously-released material.

While Punch’s tweet naturally sparked excitement, his followers were quick to temper their enthusiasm with a healthy dose of skepticism given TDE’s notoriously patient output, especially when it comes to their marquee artists.

“bruh cmon now … You know we never getting a TDE label album or a Black Hippie album stop gassing these folks bruh,” one follower replied, while another wrote, “Don’t let @iamstillpunch gas y’all up like this.”

A label album wouldn’t be the first crew project TDE has teased. Fans have long clamored for an album from Black Hippy, the core TDE collective comprised of Kendrick Lamar, Jay Rock, ScHoolboy Q and Ab-Soul, who as a unit have produced a handful of collaborations including “Say Wassup,” “Vice City” and “U.O.E.N.O. (Remix).”

But as Punch explained in an interview with Mic earlier this year, the “timing never really panned out.”

“We definitely wanted to do a Black Hippy album,” he said. “But it was such a learning experience for us, everything was new … When one guy would be recording his album, another guy would be on tour. Everybody was never in the same timeframe. So we didn’t want to hold back; we wanted to keep going and just push further into their individual careers.”

If the top dogs at Top Dawg are able to pull off a label album, the West Coast powerhouse would join a long and rich lineage of Hip Hop labels to do so. Master P’s No Limit Records bolstered their independent success with multiple compilations in the 1990s, while P. Diddy’s Bad Boy family issued the platinum-selling The Saga Continues… in 2001.

Such a project would serve as an ideal platform to showcase TDE’s ever-evolving lineup, which has more than doubled in size since their emergence in the early 2010s.

In addition to turning SZA and Isaiah Rashad into bona fide stars, the house that Anthony “Top Dawg” Tiffith built has recruited a string of Hip Hop and R&B talents including SiR, Reason, Zacari and Lance Skiiiwalker over the last few years.

More recently, TDE signed 2022 HipHopDX Rising Star Doechii and Long Beach lyricist Ray Vaughn as they look to fill the void left by its franchise player, Kendrick Lamar, whose illustrious tenure on the label comes to an end on May 13 with the release of his new album Mr. Morale & The Big Steppers.

Whether that means K. Dot will appear on a potential TDE label album remains to be seen.

In any case, TDE appear to be gearing up for a busy 2022. SZA is expected to release her Ctrl follow-up this summer, while ScHoolboy Q and Ab-Soul both returned with new singles in April. A recent song preview suggests a Jay Rock comeback is also on the horizon.